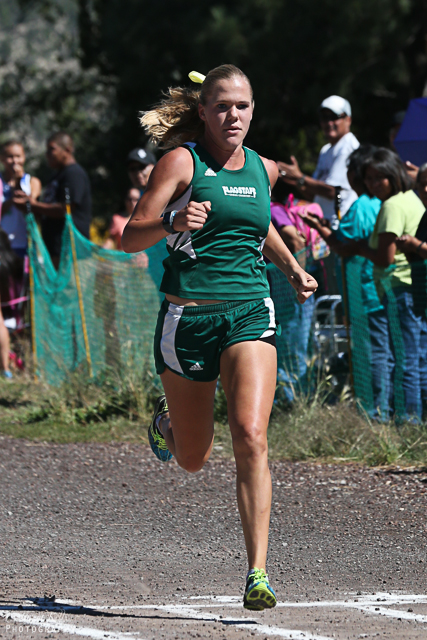 Both the Peaks and Four Corners Invitationals are at Buffalo Park in Flagstaff but the courses are quite different.  The Peaks course is a little tougher with an extra hill and for some that extra hill can be a deal breaker but not for Flagstaff senior Tatiana Gillick. 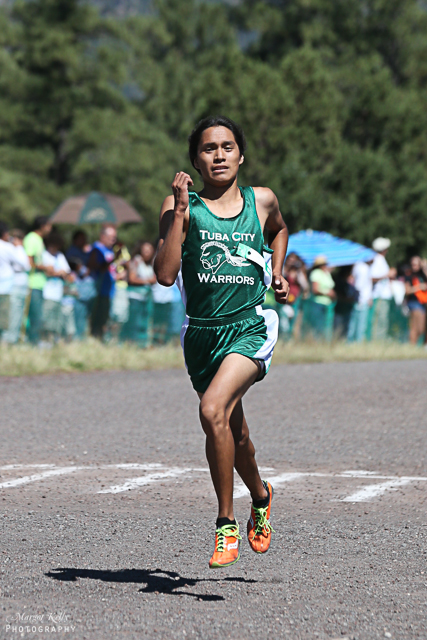 "I prefer the Peaks course," said Gillick after the race.  "The second hill just really helps me make a kick when girls, most of the time, will slow down because everybody is tired."

Gillick has had great success at Buffalo Park winning both the Peaks and Four Corners events in 2012 and 2013 and finishing 2nd (in the same events) her sophomore year to Rolonda Jumbo who is now running for NAU.

Tuba City senior Anthony Masayesva appeared to come out of nowhere  (well not really) to win the boys event in 15:49.5 taking the lead at the half mile mark.  Masayesva is a virtual unknown in Arizona running because for the last 3 years he and his twin brother Brian have been running for Serra High School in San Diego.  Masayesva ran the 200 and 400 meters while at Page middle school but did not run in Arizona again until this season.  Masayesva finished 3rd at the Peaks invitational 2 weeks ago and 3rd a the Antelope Point invite last week. 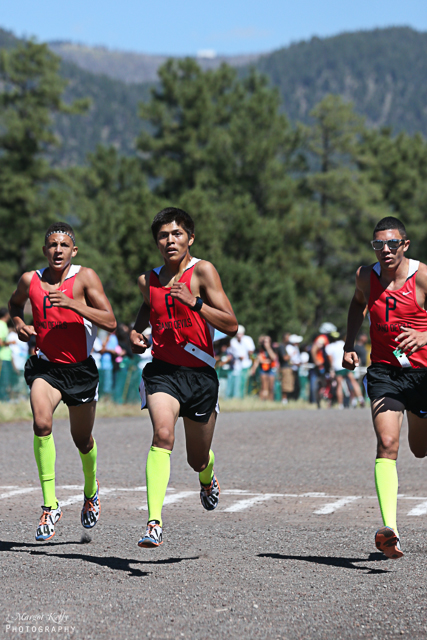 It was a Flagstaff kind of day with a team victory in 3 of the 4 races.  The boys won the Open race with 42 points to Page's 93 points.  Tuba City took 3rd with 98 points.