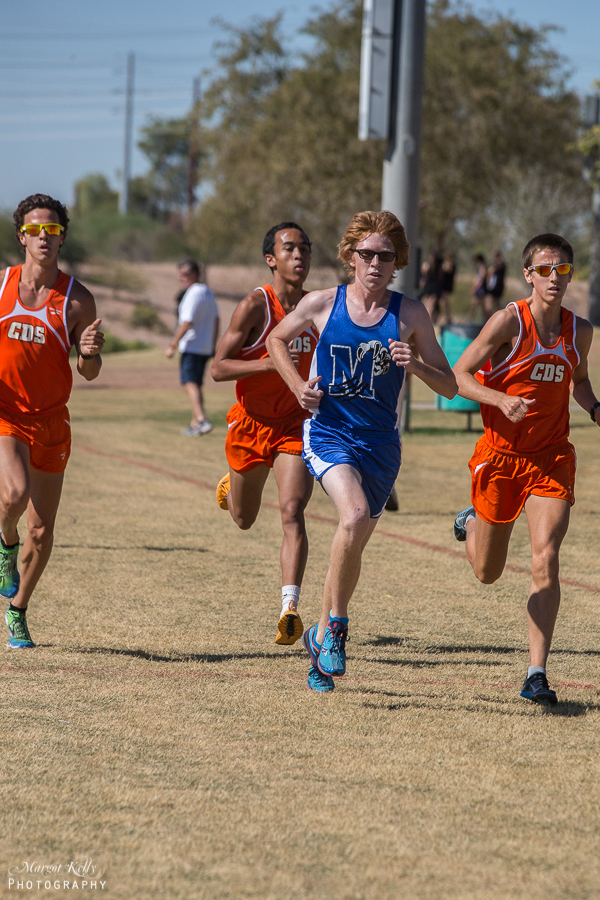 Once again the Corona del Sol boys finished 1 -2 -3 and took home the team trophy with 44 points over Ironwood Ridge's 68 points at the Division 1 Section 1 Championships held at Crossroads Park in Gilbert.

Tyler Day (Mesquite) had a slight lead at the 1/2 mile mark with the Corona trio a step behind.

"I don't try to make any serious moves the first mile because there are two more after that," said Corona del Sol senior Nathan Rodriguez about the race.  "Usually I sit back the first 1/2 mile to a mile and kind of see how the race goes," he continued.

The group of 4 hung together until half way through the 3 mile race when Rodriguez and teammate Ryan Normand (Sr.)  moved to the lead and crossed the finish line 2 seconds apart with Rodriguez finishing in 14:49 and Normand in 14:51.  Marcus Wheeler (Jr) took 3rd in 15:04 followed by Tyler Day in 15:10.

"We take every race seriously and we try to put our best foot forward and see what we can do and see how we can improve throughout the season because -  that's what its about," explained Rodriguez who gives his teammates all the credit for his great success.

"My teammates push me day in and day out.  I wouldn't be where I'm at or having the type of performances I am  having without them there every step of the way and at every race."

Also scoring for Corona were 17th place senior Patrick Cullings in 16:04 and senior Blake Fischer who finished 21st in 16:10. 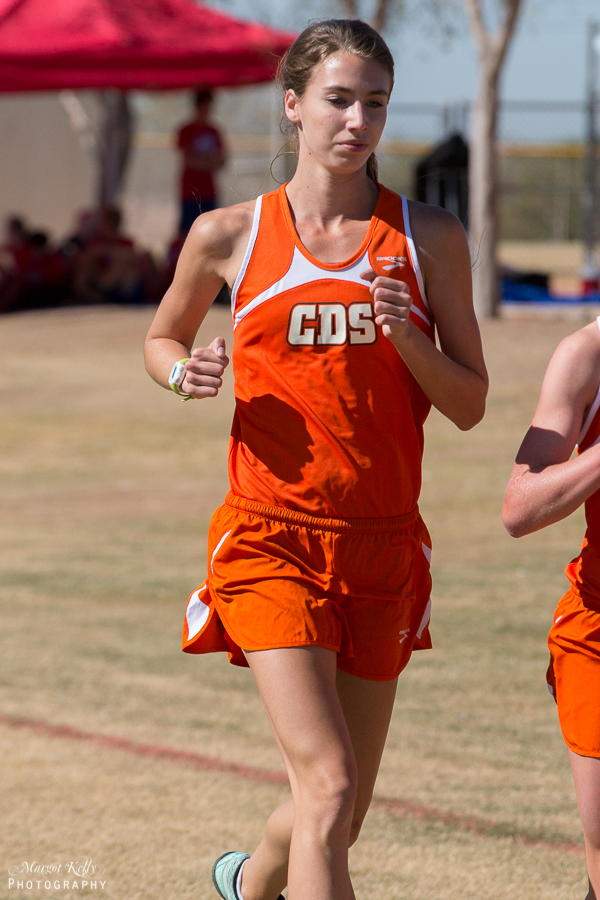 While Rodriguez was on his cool down, his girlfriend Kelly Naumann (Jr., Corona del Sol, pictured right) was following in his foots steps with a win of her own.

Naumann and Swenson run together for the first mile so they can push each other.

With a little more than a mile to go Woodman was in the lead but Naumann soon took over coming off of the uphill.

"I saw her closing in and thought "Nows the time" to do it," said Naumann.  "If I passed her then I would be set for the race.  I kept pushing through and hoping my legs would carry me through."