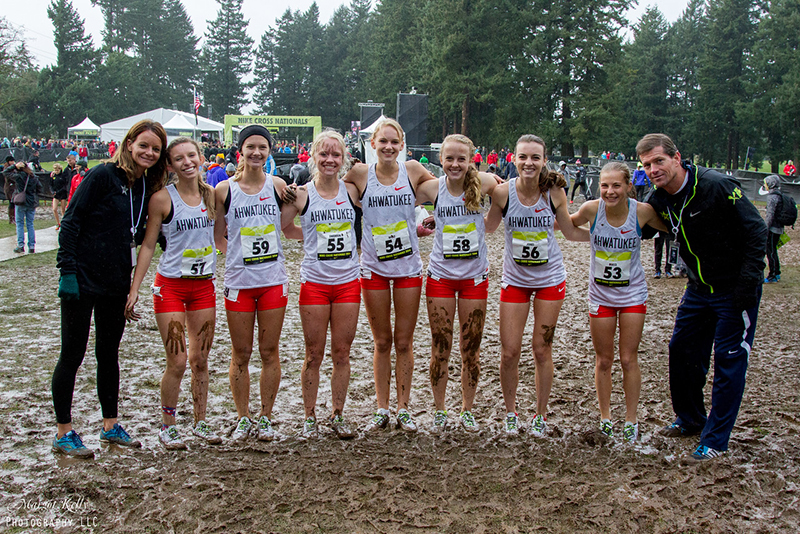 The road to Nike Nationals started back in June with early morning practices on hot summer days.  All season the focus remained on the final meet with each member contributing along the way. If one athlete was not having a great race, another would step up and make up the difference.  But after an upsetting Southwest Regionals and being moved to 13th place in the rankings, the team was ready to prove they deserved to be in Portland.

“We were ranked 13th going into the race so when we thought we got fourth it was awesome but 5th is still great for what we were expected to do,” said sophomore Baylee Jones after the race.

For 15 minutes Desert Vista was in 4th place by a point until the results were adjusted and the team was moved to 5th - a point behind 4th place.

“It’s a huge deal to be in the top 5 because we were pushing 3rd in the State my sophomore year and now we are 5th in the country,” added Dani Jones.

Last year Baylee went to Portland as a spectator to watch her sister Dani run.

“I thought I knew what it would be like this year but it was completely different than I expected. The overall way the meet was presented, all the elite athletes, all the gear - it was better than anywhere I have ever been.” 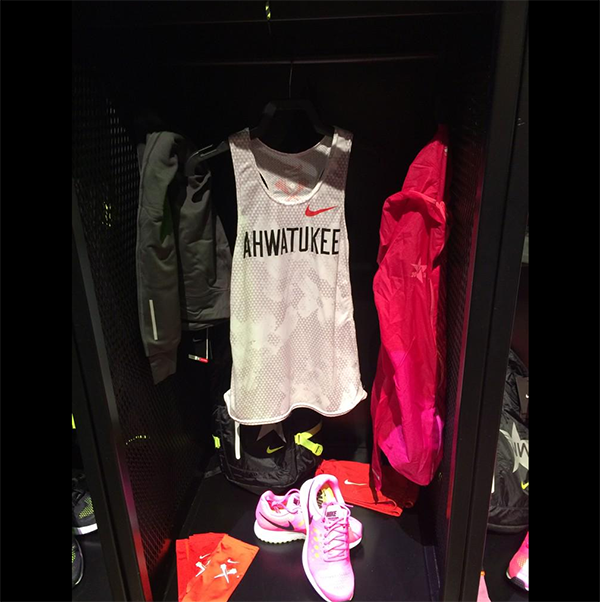 One of the elite athletes Baylee and the team got to spend time with was Tara Erdmann (Flowing Wells 2007/Loyola Marymount/Nike) who went on the campus run with them.  She even surprised the girls with Portland's famous “Voodoo donuts” after the race.

The morning of the race brought out some nervousness in Dani she was not expecting.

“Everything leading up to the race was one big build up.  It didn’t hit me until the night before and I got a little nervous.  The morning of the race I realized no one was talking about me or the team so there was no pressure and I decided I was going to enjoy my team and the atmosphere around the race.  It turned out to be the most enjoyable race I ever ran because I stayed in the moment.”

Dani had been going out with the pack all year long but decided to go back to her normal racing strategy for this one race.

“I sat in the back of the top 20 for the first mile and when we hit the 2 mile mark I saw the pack start to separate - so I moved up.  When I passed Fiona it al started to click.”

The last mile was Dani’s best and when Fiona passed her in the last half mile, Dani started to really focus and push herself.  With 200 to go she was right on Fiona’s heels.

“When I saw the finish line I was thinking fourth was pretty good but then I started thinking back to last year when Alexa (Efraimson), Elise (Cranny) and Sarah (Baxter) were on the podium and I decided I wanted to be in the top 3 - I was dying but I really wanted to get to that finish line.”

So off she went and with less than 100 meters Dani passed Fiona for a 3rd place finish of 17:29 - just 3 seconds behind 2nd place finisher Paige Hofstad (TX). 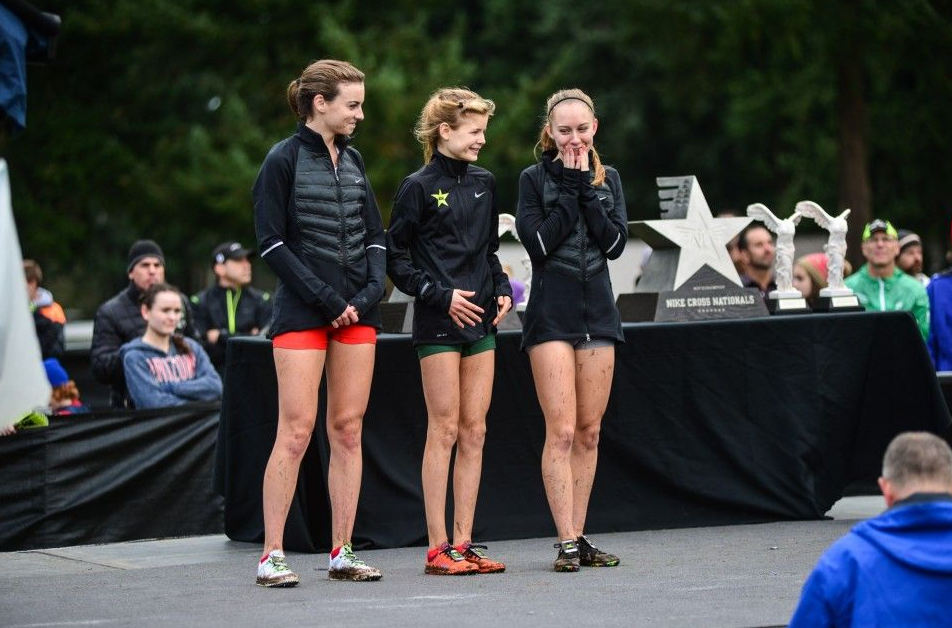 This year Dani (left) was on the podium with Allie Ostrander (AK, Center) and Paige (on right).

This was Dani’s 2nd time at Nike Nationals.  Last year she went as an individual and finished in an All American 15th spot but this year was a lot more fun for her.

“I got to experience this and be with my team.  Not every girl had a great race but we still ran out of our minds and we are finally where we need to be.”

Baylee was not as ecstatic with her individual performance,  “It was muddier than I thought it was going to be on the back half of the course.  I got out ok but wanted to move up more than I did.”

Kyra Lopez (Sr) had the run of her life and for the first time finished 3rd for the team with a 47th place team finish and a time of 19:06.

Desert Vista's 5th place finish was the best of any Arizona team and even though the team will lose Dani to graduation the team will always be part of her.

“I hope they can come back again next year,” said the graduating senior.

Thinking back on the weekend Baylee smiled and said, “All in all the whole experience was incredible!” 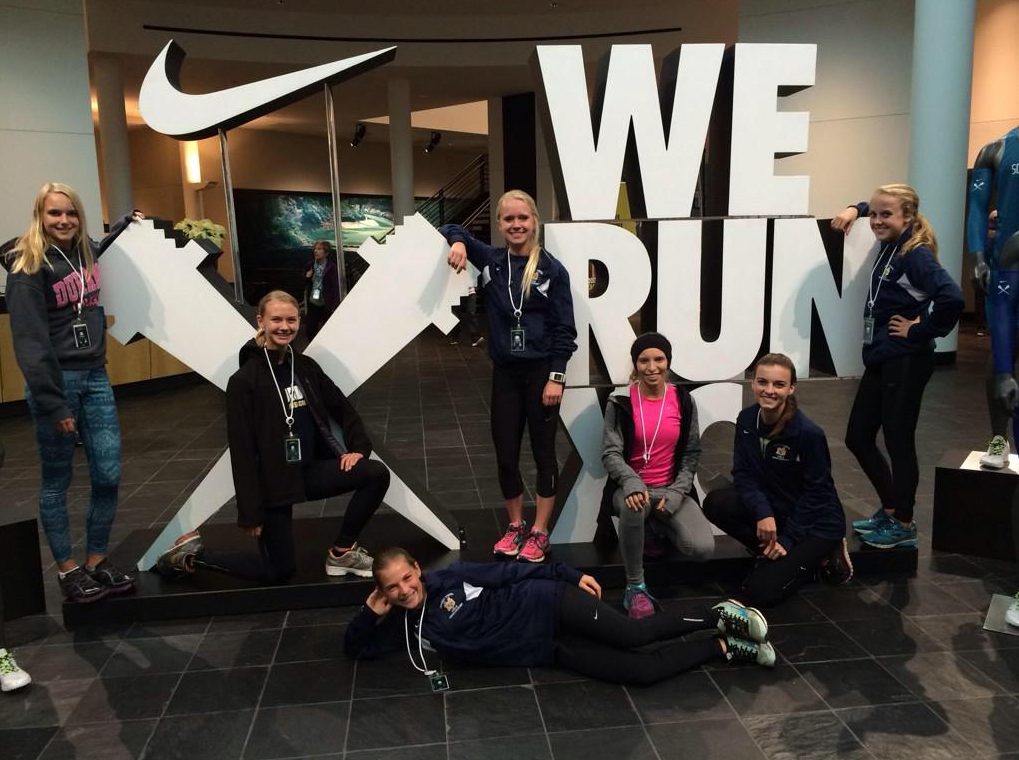 Now we just have to work on the pronunciation of Ahwatukee, the name Desert Vista ran under.  I didn’t think it was possible to hear so many different versions of the name so - for anyone living out of state here is the phonetics on our little area of Phoenix.   Ah-wah-too-key!

Congratulations to Coach Messer and the Desert Vista team on a job well done representing Arizona!