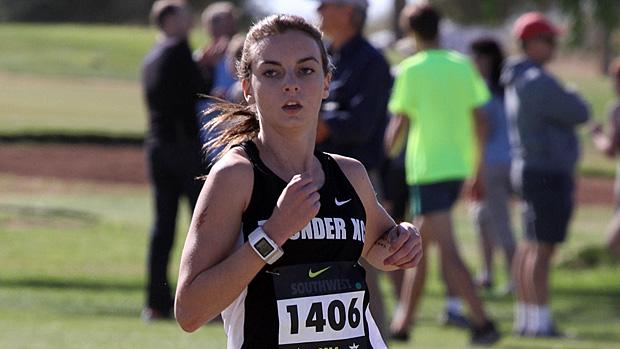 The 5-foot-5 senior raced to the Division I individual state championship this past season with a course-record time of 17:26, leading the Thunder to the state title as a team. The state's returning Gatorade Girls Cross Country Runner of the Year, Jones placed 15th at the Nike Cross Nationals Final, pacing her team to a fifth-place national finish overall and earning All-American honors in the process. She was also runner-up at the Nike Pre-Nationals, the Woodbridge Classic and the Desert Twilight Festival.

Jones has maintained a 3.71 GPA in the classroom. She has volunteered locally on behalf of the Special Olympics and youth sports programs.

“Dani is a fantastic runner and the consummate student-athlete," said Jeff Messer, Desert Vista head coach. “She's universally admired by her teammates and respected by her coaches, and her leadership has provided the foundation for our program's unprecedented evolution and accomplishment."

Jones has signed a National Letter of Intent to compete in cross country and track and field on scholarship at the University of Colorado this fall.

The Gatorade Player of the Year program annually recognizes one winner in the District of Columbia and each of the 50 states that sanction high school football, girls volleyball, boys and girls cross country, boys and girls basketball, boys and girls soccer, baseball, softball, and boys and girls track & field, and awards one National Player of the Year in each sport. The selection process is administered by the Gatorade high school sports leadership team in partnership with USA TODAY High School Sports, which work with top sport-specific experts and a media advisory board of accomplished, veteran prep sports journalists to determine the state winners in each sport.