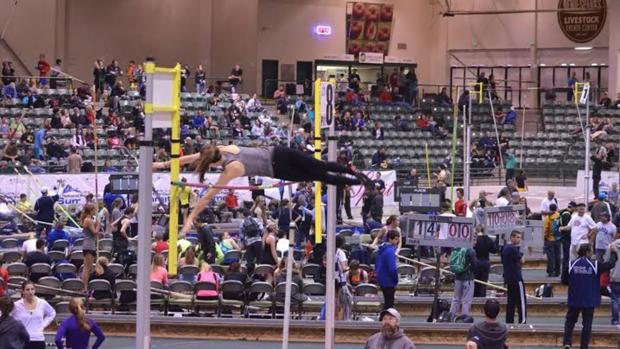 One of the benefits of track and field is the comradery among the athletes. Unlike other sports, this is true irregardless of level. Many professionals are happy to interview for the Pro-Tips series, and some of them show up at an event attended and interact with high school athletes at competitions, like this weekend at the National Pole Vault Summit in Reno Nevada.

“Being at this event is like no other," described Ultimate High Track Club coach Jeff Guy, “There are 2000 people all in the same room. It's cool to have that many people there at skills levels all the way up to collegiate and professionals."

Twenty one athletes represented Arizona in the Silver state this weekend, all of which were able to see some of the very best in the sport vault. “Very few sports allow you to interact like that," reflected Coach Guy, “It gets the kids primed, thinking and motivated for the season."

While this may have been a good opportunity to watch and learn, it was also a good chance to show off the work these athletes have been putting in for the last few months or just vault with a cross bar. “We don't use the cross bar in practice much with all the kids we have, so this was just a glorified practice," explained Guy. “It was a great way to get back competing."

Compete they did, with Arizona's top returning senior girls going head to head for the first time this season. Nicki Baker and Vanessa Davis each were able to open their season with an 11-8 mark. Neither one of them were able to clear 12-4, but Coach Guy was pleased with their effort. It should be interesting to watch the two of them go head to head as the season progresses.

The boys were led by Conner Stevens of Hamilton High School with a vault of 15-8. The defending state champion was able to improve his previous personal best by five inches. While repeating as state champ is never an easy task, he cemented himself as the early season favorite. It will be interesting to see if anyone can challenge him. Some of his toughest competitors in the state might come from other divisions. One of the top seniors in the state, John Wenig from Thunderbird HS, also vaulted a personal best at 14-4. There would not be a much sweeter way than for Wenig to go out than as state champion.

In addition to high school athletes competing, middle school aged athletes had a chance to showcase their talents as well. Like the high school athletes though this was nothing more than a dress rehearsal. Desert Vista bound 8th grader Sevanna Hanson said, “It was a great practice meet to get comfortable, next time I will really know what to expect." Despite it being a meet to get her bearings, she did well for herself vaulting 9'8" earning 4th pace in the high school division at her pit.

Paying it forward for the help they received from those before them and the professionals at events like this local athletes help the younger ones. “Nicki (Baker) is a great, down to earth, humble and never puts herself before us," explained Hanson, “She is always there to help us out."

Coach Guy is right, there is no sport like track and field. Stay tuned to Arizona Milesplit to read a lot more about it this spring.