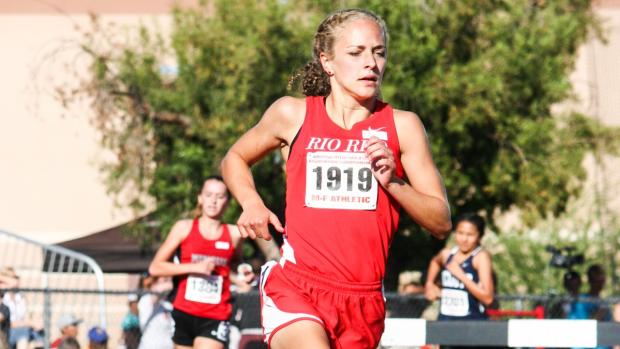 Allie Schadler is a name Arizona track and field fans should get used to hearing about. Based on current trajectory she is, bar injury, the future of Arizona distance running for the next couple years. Only a sophomore, Allie is already knocking on the door of state records. In what amounted to a time trial at the state meet, Allie came about a second away from Dani Jones state 1600m record. “I wish I could compete against the D1 runners. Dani pushes me all the time, I think about her, she motivates me to be a better runner,” explained Allie who is head and shoulders above the rest of the field at the division 3 level, “In my races its usually me against the clock, my goal is to see how tough I can be.” To be clear, that is no knock on any of the other fantastic division 3 runner, Allie is just a national level talent.

While Allie is a tremendously talented athlete, she does a very good job at focusing at the task at hand. “I take it one day at a time,” though she admits, “At the back of my mind I think I can be up with the top girls and that motivates me more.” She will get the opportunity this coming weekend to run with the top. Allie was invited to compete in the Prefontaine mile along with teammates Carlos Villarreal and rival Dani Jones. Carlos mentioned, “The scary part is I don’t think we have seen the best she has yet.” If anyone would know it is fellow Rio Rico Hawk Carlos Villarreal, the boy’s state mile record holder.

Sydney Olson: A hamstring pull cut her promising season short. When she went down she had the best triple jump in the state and had been the top returner from 2014. With NCAA D1 coaches watching her expect her to be back in 2016.

Kaija Bramwell: She did a little bit of everything at the state meet placing in the hurdles, long jump and pole vault. The pole vault is her specialty thought, as evidenced by her 6th place finish against D1 and D2 competition at the Chandler Rotary.