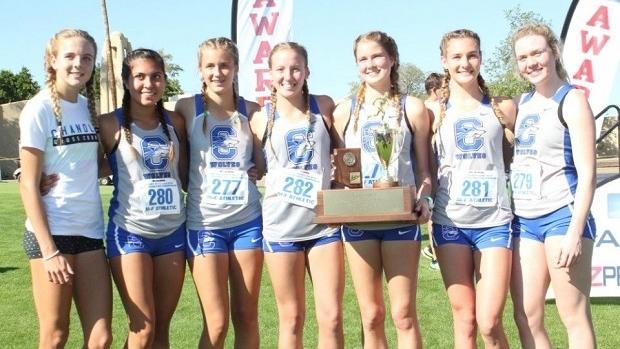 Chandler Girls return with a matured squad since 2015 when they claimed their State Title. Last cross-country season, their mid-distance ace Morgan Foster won all but three of her races and this past spring, she captured D1 State Titles for both 800 and 1600m. Becca Taylor will be a strong #2 for the Lady Wolves this fall. Becca is the 7th best returner in AZ for 1600 with a time of 5:07.61. Twin Seniors Kylie & Kerri Welch add significant depth to Chandler's already well-rounded squad. This spring they both ran 11:02 for 3200m at the Arcadia Invitational. Mihajla Milavanovic (Jr.) will also be in the mix with the Welch sisters. Mihajla has run 11:12 for 3200m and was the top finisher for the Lady Wolves last year at the cross-country State Meet with 14th place. On the boys' side, Chris Ruiz is the top returner after placing 30th at State with a PR of 16:45 in the D1 boys race. Gabriel and Gunner Garcia are also developing very quickly as mid-distance runners looking to be very effective for 5k. The Chandler Lady Wolves have the girl power and depth to take back the State Title but will have to contend with Xavier, Highland and Desert Vista looking to disrupt their chase, while the guys have added some depth this season could surprise a lot of schools at Cave Creek Golf Course.
Coach Lincoln Says… 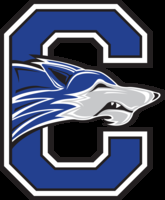 When did you begin coaching and how long have you been at Chandler?
I started coaching in Arizona about four years ago. In 2008, I got hurt and couldn't run the Olympic Trials for Canada, so I started coaching with my club team in Toronto and spent about three years with them.
Do you have any impact freshman or incoming transfers?
I have three guys Kevin Parra, Christopher Ishac, Dylan Ormandia who I think are gonna' be pretty good. They're all relatively new to the sport so they're pretty raw. Alex Ishac is a Senior transferring from Arizona College Prep and Graham Eversden from Corona Del Sol. On the girls' side, we only have two freshmen, but this cross-country season will be Kylie and Kerri Welch's first with us as they transferred from Texas late last fall.
Does the team have any traditions they like to do outside of practice?
Two years ago, we started pasta dinners before big invites and the kids seem to like it, just to hang out and get a good meal before a race the next year. We've also been going to California once a year for a meet and the kids really look forward to it. It's a fun trip for them as much as it is getting a high-quality racing experience. We'll be going to Cool Breeze next week, as a good marker for where there are at this point in the season.
What meets are you keying in on this year?
Twilight will be our first main test and then Sectionals, State and NXR.
Have you set any goals as a team?
Last week we had a sit down and they know what they want to accomplish. The boys team especially has put in a lot of work and I think that's gonna' pay off for them. Really the focus will be on the process and making sure they do everything right this season.
2017 Returning Girl's Top Times                            2017 Returning Boy's Top Times
Tweets by MileSplitAZ