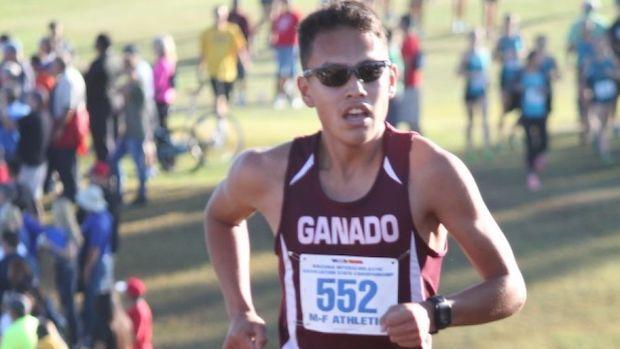 While the Chandler Invitational plays out in the valley, Flagstaff High School will host their season opener at their beloved Buffalo Park, the Peaks Invitational. In total, there will be 8 races run with Novice, Open, Ascent, and Summit categories for both no teams having both their varsity guys and girls in the same category
Last year, the Flagstaff boys' and girls' teams swept the Summit division with the girls winning their race by a sum of 66 points. On their home turf at altitude the returning Division II State Champions will contend with anybody for the victory. Looking to challenge the Flagstaff Eagles on the girls' side include the Chaparral Firebirds and the Salpointe Catholic Lancers. Last year, Chaparral's 1-2 punch Abi Archer (Jr.) and Rachel Turner (Jr.) took 2nd and 3rd in the Summit Race. The Salpointe Catholic Lady Lancers will also open their season at Peaks in pursuit of another State Title. Last year, Maya Smith (Northland Prep, Sr.) won the Girls' Ascent race in 20:27 by almost a minute. Assuming she's healthy and ready to toe-the-line, she could crack 20 minutes this time around.
The guys' side is shaping up to be a heck of a party for Division III between the Saguaro Sabercats, tthe Chinle Wildcats, the Tuba City Warriors, and the Page Sand Devils. All four teams have solid leaders with the depth to come out on top at Buffalo Park. Tuba City has already opened their season with a win at the Pizza Edge Invitational and it'll be interesting to see how the valley schools handle the altitude. Top competitors for the individual titles will likely come down to Jalen Chee (Ganado, Sr.) fresh off a victory from Pizza Edge last week and Jacob Lewis (Boulder Creek, Sr.) who's run 15:48.8 for 5k and 9:34.47 for 3200m. As mentioned above Mark Wogan (Saguaro, Sr.), Bowen Martin (Page, Jr.), Josiah Tsosie (Chinle, Sr.) and Johnson Farrell (Tuba City, Jr.) could all give Chee and Lewis a run for their money while leading their teams to victory. Grant Kennedy finished 3rd in the Ascent race last year and Alexander Price (Chaparral, So.) made some huge progress on the track and could be another contender for 1st in the Ascent race.
Best wishes to all those racing tomorrow whether in Flagstaff or any other part of Arizona. As athletes, coaches, and spectators look forward to an incredible season.
Tweets by MileSplitAZ