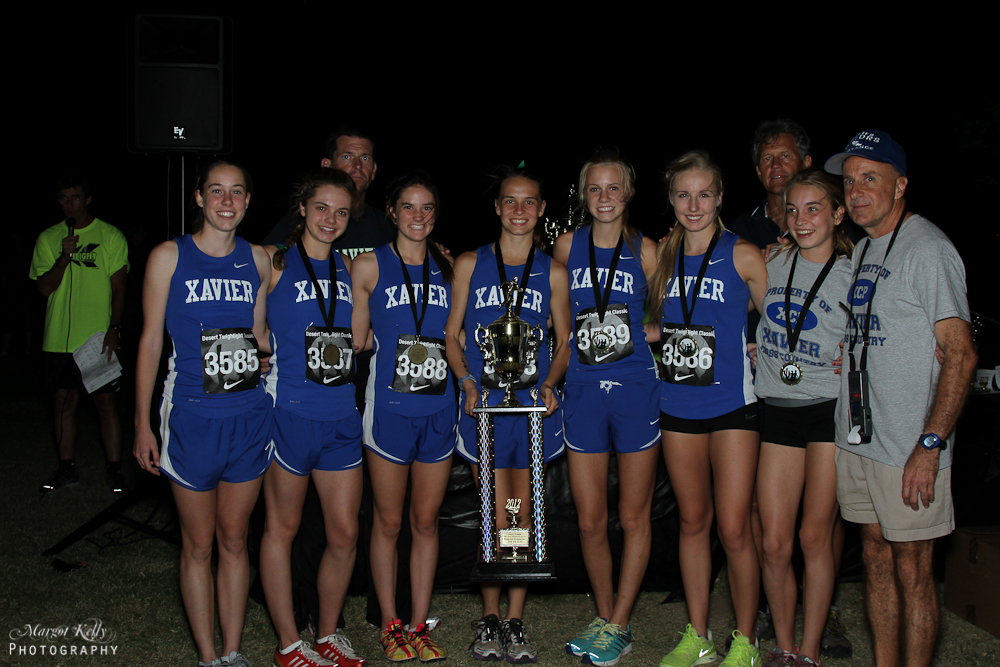 US #4 ranked team, Xavier College Prep, displayed why they are so highly ranked in the country.  The team flexed some serious muscle at the Desert Twilight Classic Invitational against US #14 Great Oak from California -  wining with 28 pts to Great Oaks 41.

Crossing the mile mark Xavier’s Sarah Fakler (SR, pictured far left) held the lead with Great Oak, CA junior Ashley Helbig on her heels.  Great Oak had all 7 runners in the top 15 with no other Xavier runner in the top 25.   By the time the runners hit the 2 mile mark, Fakler had pulled ahead and all 7 of Xavier’s runners were in striking distance of Great Oak. 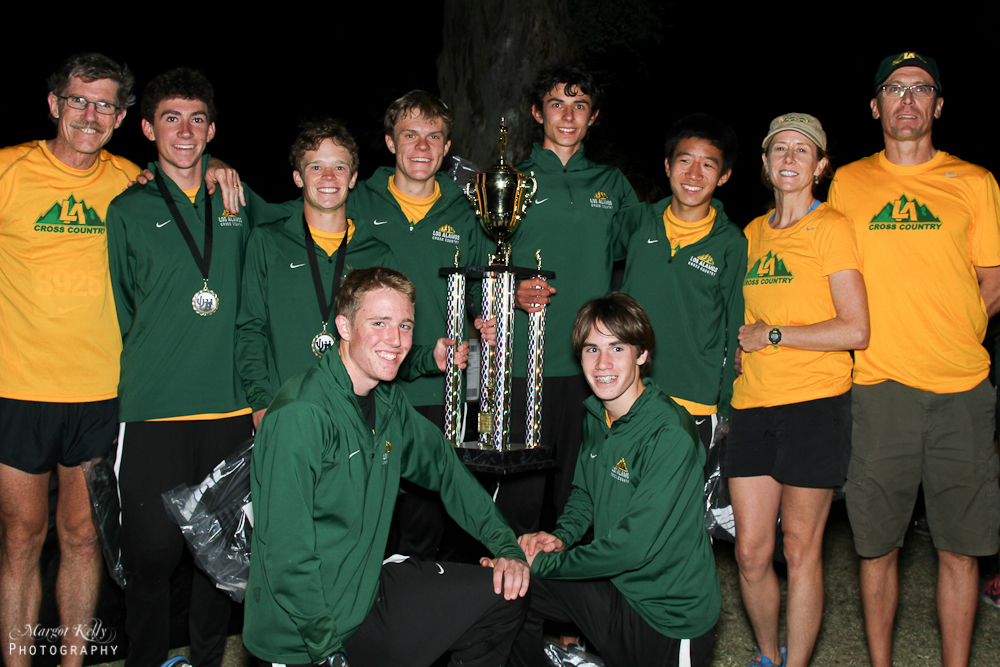 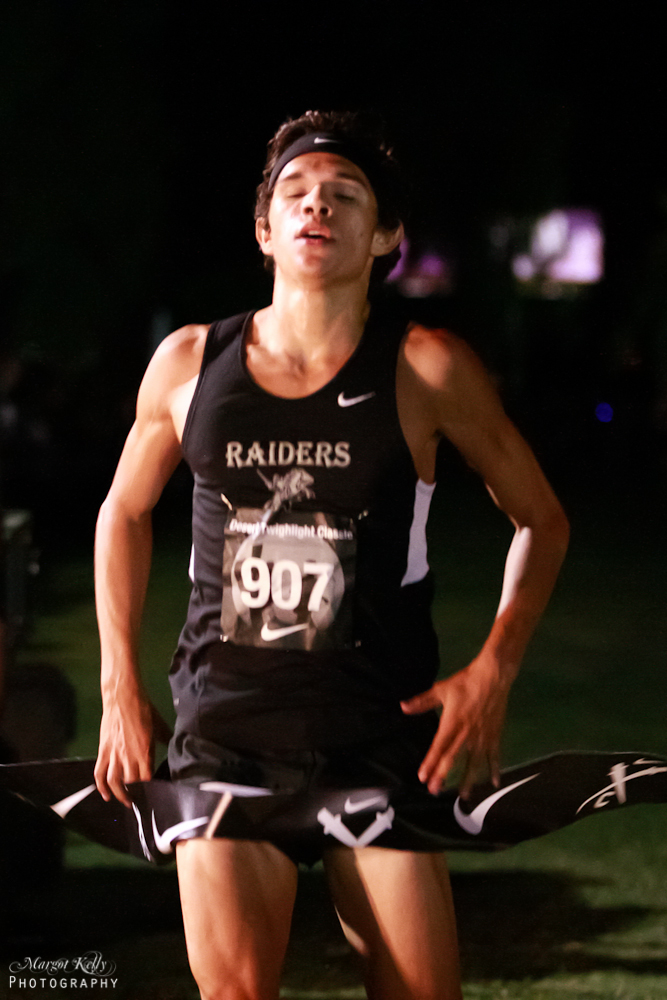 Montoya crossed the finish line a little disappointed, “I did not break 15 minutes.” He said after crossing the line, a goal he was hoping to check of his long “To Do List” before he finishes his prep career.  But Montoya had a blistering track season that went well into the summer, putting his cross country training on the back burner for awhile.

The good news is………he still has another shot at it on November 17th at the Nike SW Regionals (same course).

Montoya’s strong work ethic and dedication to the sport allows him to set very high standards for himself but his humble demeanor says more.  He just doesn’t want to disappoint his many followers who stand at the finish line just wanting to get a closer look at him or even a wave.

They just want to see him run.

Editor’s note:  In it’s 6th year the Desert Twilight Classic has become a favorite meet of most Arizona athletes.  Running at night, the dance, the fireworks and the out of state teams bring a new excitement to the sport and with so many out of state teams attending, the competition will only get better.