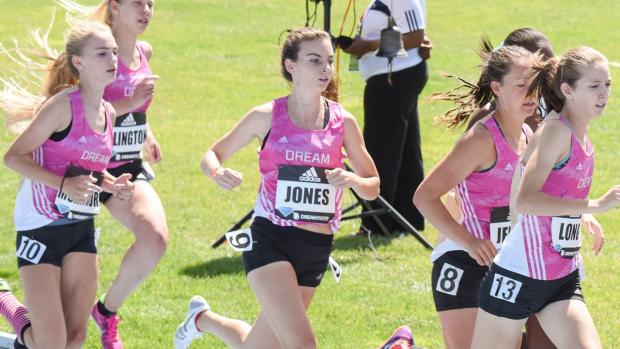 Proceeding track’s celebrated luminary is undoubtedly a tough draw. Such was the fate of the competitors in the high anticipated adidas Dream Mile at the New York Grand Prix at Ichan Stadium.

With Usain Bolt in the midst of post- race absorption of overwhelming support from a sold out gathering; Dani Jones and crew turned their collective focus at an opportunity to garner a prestigious award as a prelude to a collegiate career.

Despite ultimately placing sixth in 4:41.35, Jones remained animated throughout the race; staying within striking distance of contention. Christina Aragon claimed the triumph; slipping away in the final 120m; finishing in a clocking of 4:37.21. North Carolina’s Ryen Frazier attempted to motor down the straightway with Aragon, but the Billings, MT native held off the challenge. “Really rough out there, “said Jones under the cover of a post-race tent; a welcome respite from the near 90 degree conditions that the nation’s leading milers endured. “I was concerned with retaining position through the first couple of laps and I think that really led to wearing me down.”

Under the direction of renowned Arizona coach Dr. Jeff Messer, Jones, who will enter Colorado University in the fall, came into the meet with #2 ranking among US high school milers (4:39.88). Wesley Frazier holds the meet record of 4:39.17-set in the 2013 season.

At various junctures in the race, Aragon hosted numerous suitors at the front of the pack, including the aforementioned Frazier as well as Jones, Julia Heymach and Hannah Long. Frazier and Aragon turned over minuscule and brief advantages through the 1200m. Frazier took the bunch through the half in 2:19.52. Half of the field of 14 sped through the apex of the final curve but Aragon and Frazier stretch the proverbial cord until its snapping point, leaving the remainder of the group to sort out the remaining places. “I was focused on staying out front and feeling comfortable,” Aragon said with a nod towards her come-from-the-back win at the Pre Classic. “I was ok with responding what the girls were doing at the front with me; I was ready to respond.”

“I’m not surprised about how things turned out; maybe a little worse that I thought; because I wasn't able to maintain my position at the front.” Jones said. “I really didn't have much left. Normally I have more opportunities to relax, but that wasn't the case today.”

The significance of the overall commotion prior to her race wasn't lost on Aragon, “It was really exciting competing on the track right after Usain Bolt, and the crowd was going wild. I felt much more comfortable in the race than I did at Pre and I think that experience helped me run well today,” she said. 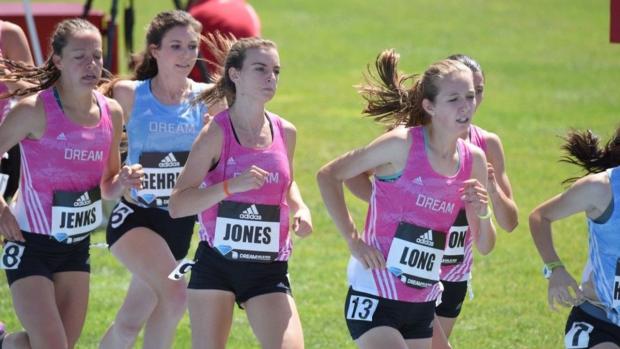