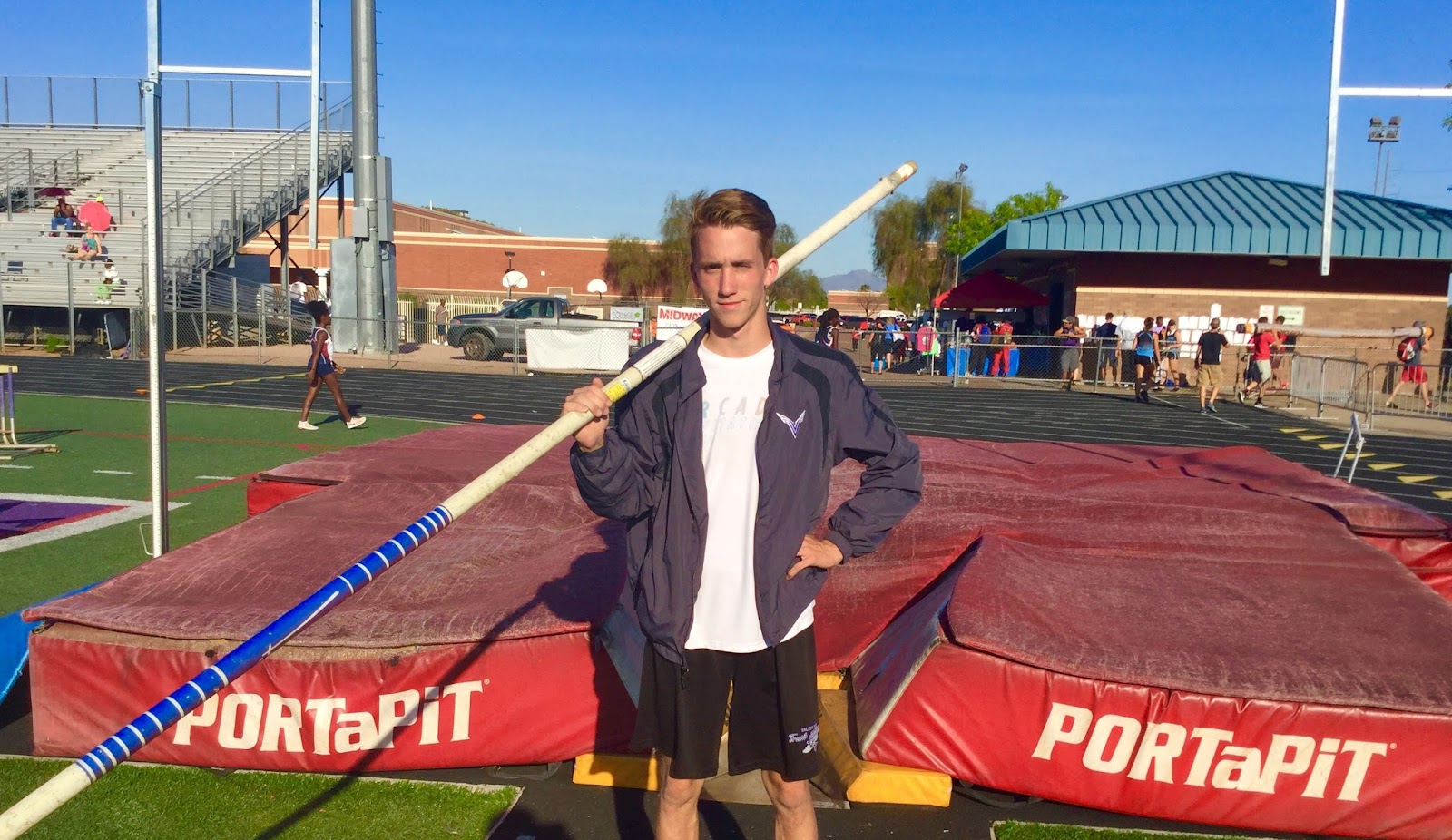 While the conditions at the Rattler Booster Invitational were hot and windy that did not stop athletes from performing and setting personal records.The morning started off with prelims and field events.

Alaina Diggs from Millennium H.S. won the shot with a throw of 38-08.5 and Ciera Jackson of Chandler High School finished a close second throwing 38-07.50. Weston Wright from Scottsdale Prep won the discus (169-10.50) and shot (52-04.0) with North Canyon's Austin Jackson finishing second respectively in both throwing events.

One of the most impressive  performances of the day went to Valley Vista's pole vaulter Cole Riddle who cleared 16-07.00 (#3 in  the nation). Cole stated after he won his event, "It felt good to break the  meet record because it was  previously held by athletes that are competing for big colleges now so it gives me something to look forward to. I am also hoping to break the state record." 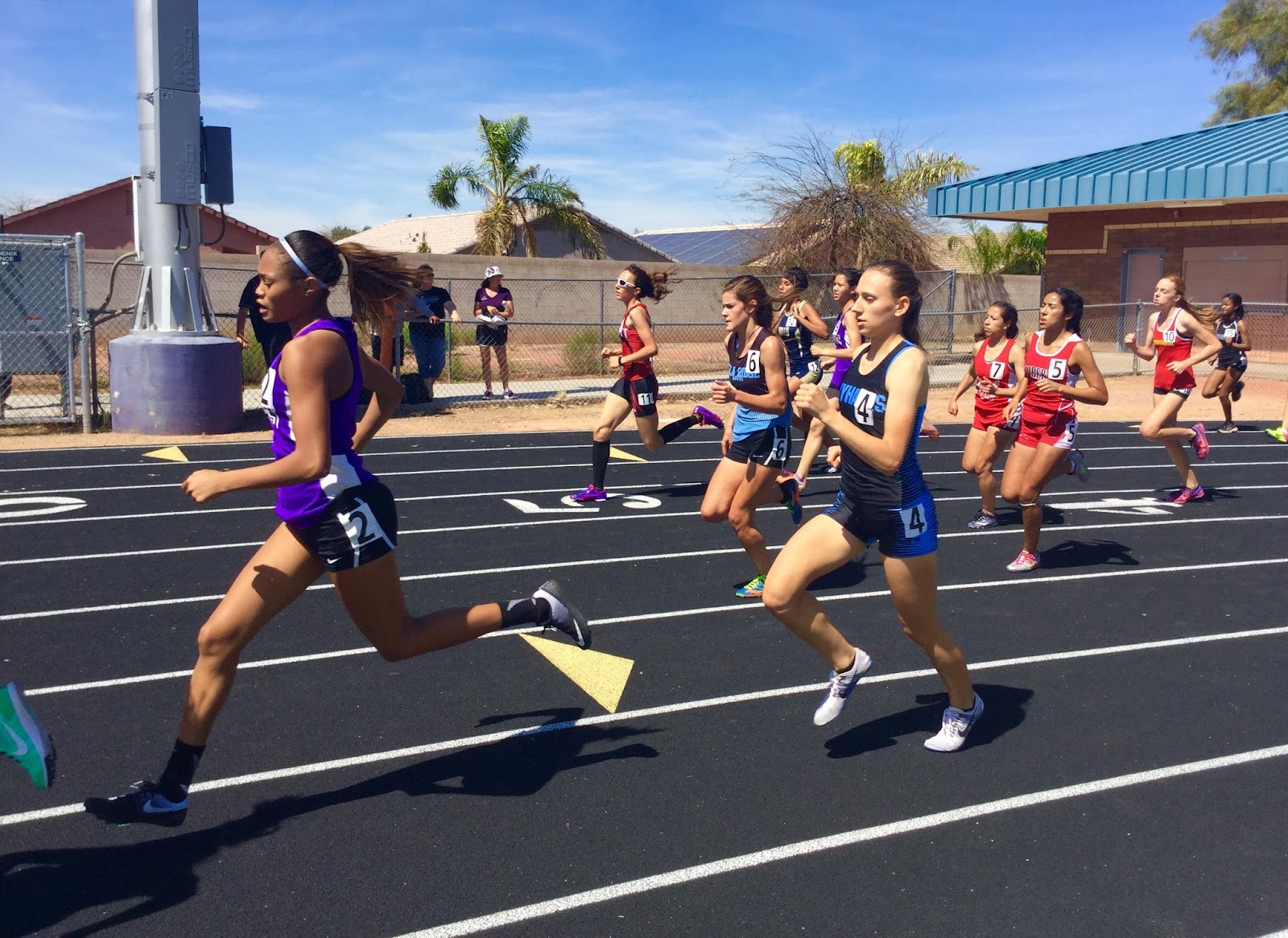 The North Canyon girls dominated in the distance events. In the 1600m Makyah Richard stayed with the pack until the last 800m and decided to make her move and finished with a time of 5:23:43. Kassidy Deardorff of Deer Valley tried to close the gap and placed second behind Richard (5:28.14). In the 800m Alexis Rios (North Canyon) and Abby Moon (Chaparral) battled to the finish. Abby Moon (2nd) took the lead the last 300 meters, however Rios (2:23.83) had a second kick coming in the last 100m and held off Moon for the win.

In the sprints nationally ranked Tyrees Moulton impressed the spectators with a winning time of 21.36 in the 200m. This currently ranks Moulton #5 in the country for this event.

The boy's 4x400m relay went to McClintock (3:28.59) as they were able to hold off Millennium (3:30.41). The North Canyon Boys edged out Gila Ridge to win the their own Rattler Invite. The Cactus Shadow Girls took home the team trophy with North Canyon finishing second.

With Chandler Rotary less than a week away the bar has been set very high for Arizona athletes and we look forward to greater performances fueled by outside competition.