Sarah Carter of Xavier College Prep in Phoenix is the Arizona Meet of Champions winner in the 1600m. Below is her letter to Lancaster (PA) reporter Mike Gross.

My name is Sarah Carter, I am currently a senior at Xavier College Prep in Phoenix, Arizona, and like many track and field athletes around the country, I was outraged by the sentiments you expressed in your now infamous article published a few days ago.

In Cory Mull's rebuttal to your column released on milesplit.com, he encouraged you to "go out and talk to the distance runner who runs 50 miles a week on her own, sometimes in the rain, sometimes in extreme heat, sometimes in four inches of snow."

Well here I am.

I have been training at 50-60 miles per week for the past four years, and running competitively for the past twelve. In all that time, I have never seen a more inaccurate and uninformed report on the sport of track and field. From the first sentence of your article, I was absolutely incredulous, hardly daring to believe that it was actually meant to be a legitimate portrayal of spring track. Not only did at least half of your article focus on football, a sport that is currently out of season, but many of your statements were so obviously insulting and inflammatory that I have a very difficult time accepting the sincerity of your followup apology.

Under what circumstances is it appropriate to begin an article about track and field by asserting the unquestionable superiority of football? Unfortunately, your obvious lack of respect for track continued to pervade your column, ranging from implications that athletes spend the majority of their time "taking their sweats on and off" and "napping," to explicit statements about how the track podium system contributes to the "weakening of society."

How exactly were you expecting these claims to be received by the running community, if not with indignation? Not only did your statements demonstrate a clear lack of consideration for track and field athletes of all levels, but also a very deluded and inaccurate view of the sport a a whole. While I understand that conditions for all athletes may differ, I would like to personally respond to some of your claims from the viewpoint of a high school athlete. 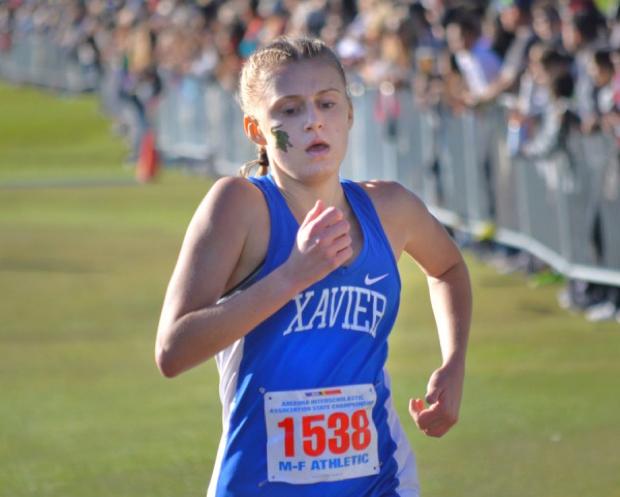 Far from being a "relaxed" and "laid-back" sport, track is high pressure, high intensity, and high speed. Practices frequently include race simulations, meant to prepare athletes for the precision necessary in starting, maintaining and finishing a race strategically. After all, unlike football, track and field athletes cannot depend on their teammates to carry them to success; if you want to win a track race, it must be independently earned.

However, that is not to say track isn't a team sport. In addition to relay events, which require high levels of coordination, teamwork, and trust, runners, jumpers, and throwers alike support and encourage one another on a daily basis. Likewise, your belief that track and field athletes can casually skip practices for leisurely or social pursuits is sorely mistaken.

On my team, missing more than three practices for reasons other than illness, injury, or other similar serious conditions results in permanent removal from the team. No, "getting ready for the prom" is not an excused absence.

Additionally, your response to an eight-person podium is comical on many levels. In your following statement concerning the "softening and weakening of our culture," I am sure you were referring to the increase of 'participation prizes' awarded in modern athletics, a trend track never has (and likely never will) participate in. Of those eight athletes who medaled in any given event at the meet you were referring to, there were dozens behind them who received no award. In fact, eight is an unusually high level of medals, with 3-5 being the norm. Is that still too many in your opinion?

The typical high school race includes a number of entrants ranging from twenty-four to hundreds. A recognition of the top percentage of these competitors does not seem to be unreasonable, especially considering that athletes are required to compete in order to receive a prize. This is rather unlike football, as a player benched the entire season, who may never have even set foot on the field, will still receive a championship ring if his team is victorious.

Mull's rebuttal article also requested that you "find the one athlete who...made it their mission to change their destiny the next season." The amount of times I have observed this exact phenomenon is too high to allow you to simply disregard track and field as a "source of relaxed fun," or a mere training tool for football players. Talk to one of my teammates, who entered high school with a six-minute mile, and graduated with a 4:51. Interview the countless runners, jumpers, and throwers who give up weeks of their summer and winter vacations to attend rigorous training camps meant to test their physical and mental limits. Speak to me, who progressed from 57th in the state to first in the span of one year. 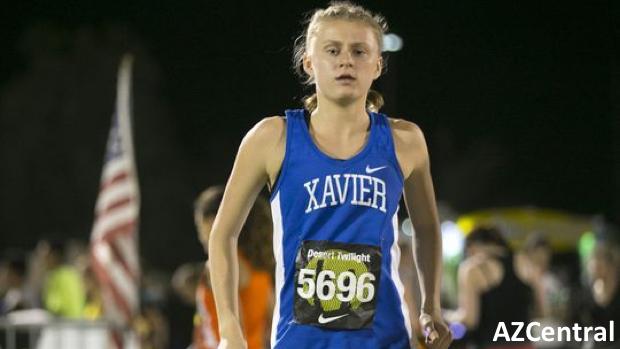 Far from being as simple as "I ran the fastest I could," track races are highly complex, strategic, and challenging, both physically and psychologically. You would know that if you left the team tent, where athletes are supposed to be resting, and actually spectated an event. To use terms you are likely more familiar with, it's like judging the quality of a football game from the locker room. Especially in the case of distance running, succeeding in a race is not simply a shot in the dark, or who can just go out and sprint faster than everyone else for four or eight laps.

For every single race, we must take into account a multitude of factors ranging from weather conditions to the specific strengths and weaknesses of the other competitors, and everything in between. Every meter is vital, and in distance track, that means all three thousand two hundred of them. Each meet is unique: for running there is no playbook, no set of commands dictated by the coach; we have to think on our feet, often mid-race, making decisions that could mark the difference between winning and losing. If that still sounds "laid-back" to you, keep in mind that track has no convenient time-outs, no mid-game water breaks, no substitutions. Can football say the same?

Track and field is highly specialized, absolutely exhausting, and for many serious athletes, a year round pursuit. I have never observed any athlete more dedicated to their sport than those who participate in track. Personally, I receive approximately 20 days off of running per year. My typical week contains three workouts per day: a 5am run, a mid-day weight room session, and an evening shakeout with core session. While competing, or even training, athletes routinely throw up, collapse, lose consciousness, tear muscles, and crack bones, all from literally working too hard. Bonds between teammates are unbreakable and deeply made; no matter how individual the sport may seem, we are always there for one another. Last fall, I ran an 18:26 5k on a fractured foot because my team needed the points. That is faster than a six-minute per mile average. How many of football players can run that under any circumstances?

In conclusion, if you still find track to be a casual, uncompetitive, and (dare I say) easy sport, I invite you and any football player/s of your choice to attend one of my workouts. You are welcome to choose between a fourteen-mile long run complete with 24 minutes of interval sets, a 2.5 hour track workout run in increasingly faster splits, or a five mile time trial loop consisting of a series of near-vertical hills known simply as "The Beast." I sincerely hope that the future holds a better understanding of and respect for the challenges of all sports, not just your favorites.