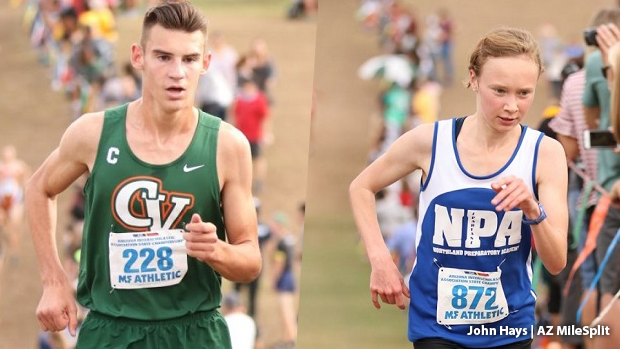 Gatorade has officially released the winners of Cross-Country Boy Runner of the Year in each State and for the Grand Canyon State it is none other than Rylan Stubbs (Jr.) of Campo Verde. Just a few weeks ago Maya Smith (Northland Preparatory, Sr.) was named the Arizona Cross-Country Girl Runner of the Year.
Rylan and Maya had phenomenal seasons in 2017.
Last September, Rylan ran 14:24 for 3 Miles at the Woodbridge Classic to finish 7th in the Sweepstakes race, the fastest time recorded by any Arizona runner at the meet in its 38 years of history.
(Below: Rylan clocks in at 14:24 to take 7th at the Woodbirdge Classic.-photo by Ben Crawford) 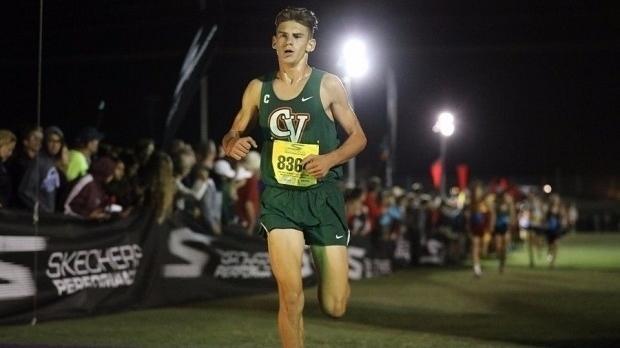 At Desert Twilight, Stubbs placed 20th in the Sweepstakes race with a PR of 15:25. After dominating all but two of his races he would finish his junior season with a victory in the Division II race at the State Championships, as one of only four boys who broke 16 minutes at Cave Creek Golf Course.
On the flipside, Maya Smith ran undefeated in every single race she ran this season even finishing her high school cross-country career with a fourth consecutive State Title and leading the NPA Spartans to their third Team title in four years. Her performance of 18:01.15 at the State Meet places her among the Top-10 Girl performers ever at Cave Creek Golf Course.
Post-season she finished second at the Nike Southwest Regional with a PR of 17:18 on the Grande Sports Complex. She went on to compete at Nationals in Portland, Oregon where she finished 32nd among almost 200 of the fastest girls in the country.
(Below: Maya ran 18:28 at Nike Cross Nationals to finish 32nd.-photo by Ben Crawford) 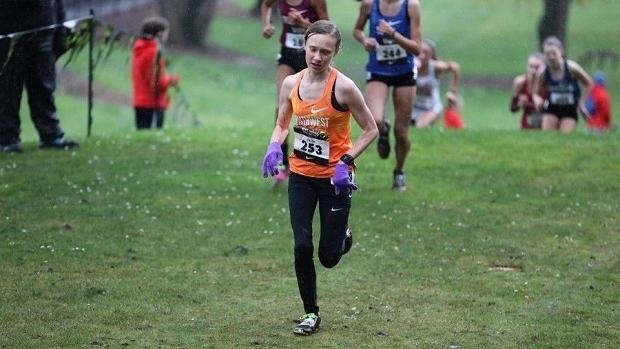