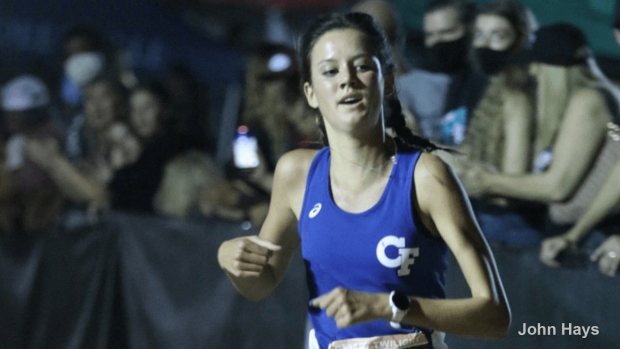 * Catalina Foothills High School's Taylor McCue, on her way to winning the girl's championship race at the Desert Twilight Invitational.

Desert Mountain High's Mallory McCray won last week's performer of the week poll after a close battle for votes with Salpointe Catholic High School's Kyle Wild. McCray ran what was the fastest freshmen 5K performance of the weekend. She ran 20:25.20 at the Ojo Rojo Invitational. Here time is also the 7th fastest overall 5K of the weekend of any grade. Congrats on the win Mallory!

This week's poll will again have five contestants. Take a look at the full lineup of individuals listed on this week's poll below. Be sure to get your votes in before next Monday at noon!

You can vote once per day. This week's poll will close at noon on Monday, September 20th. The winner will be announced in next week's poll article. Get your votes in today!