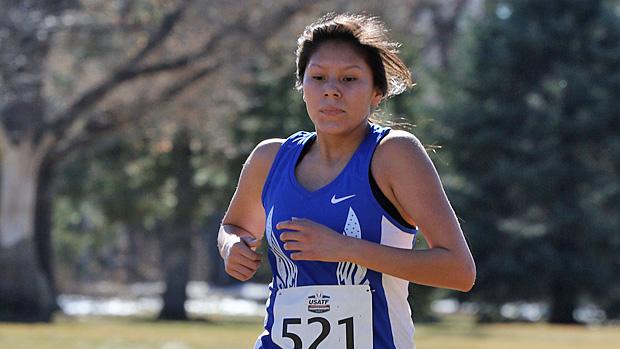 Idaho and Colorado tend to be a cold places come February, and no person in their right mind would schedule trips there unless they were going for a snow showing adventure, cross country meet or indoor track invitational. The former is what several northern Arizona athletes did this weekend at the USA Cross Country Championships. The latter is what the Ultimate High Track Club, AZ Elite and Thunder TC did. Primarily composed of athletes from Desert Vista High School, the previously listed track clubs, sent nearly thirty athletes up Boise to compete with the best of the west.

While individual placing's may have been lower than local track fans might expect from the Thunder harriers, it is important to know that schools from Idaho have a much shorter travel time, and schools from Utah are race sharp from competing all winter long. Despite these disadvantages, Isaiah Ford led the charge for the Arizona boys by placing 5th in both the 60m and 200m dashes. Fellow sprinter Ryan Bender was a place behind him in the 60m finishing 6th. Ryan also earned a 7th place mark in the 400m. Ben Davis and Xavier Esparza led the Thunder distance squad with 6th place marks in the 800m and 3200m.

The Ultimate High Track Club lived up to its name with the girls. Highlights included Nicki Baker and Aliya Simpson going 2-3 in the pole vault. Not to be outdone Shannon Fritz, who had also come in 6th in the pole vault, finished 4th in the high jump. Also representing Arizona was Reba Reeves, who had solid performances in both the long and triple jumps. During the high school season Nicki competes for Highland High School, while Shannon, Aliya and Reba compete for Desert Vista. It will be interesting to see if Nicki can continue to hold off the entire Desert Vista contingent when Vanessa Davis is back in action. The division 1 pole vault competitions promises to be an intriguing story line this spring.

On the boys side, the jumps featured a reversal of roles for locals. In the long jump Connor Watson placed 5th beating out fellow Desert Vista teammate Steven Hartshorn West who was 6th. During the high jump competition their finishing positions flipped as Steven placed 5th ahead of a 7th place effort by Connor. Both look to score big points for the Thunder in their quest to seek a state championship this season in track.

To round out a strong showing in the field events for the Ultimate High Track Club, Adam Bender placed 7th in the shot put. If he can continue to develop as a thrower it would add yet another opportunity for an already strong Desert Vista team to score some points at invitationals over the next few months.

Despite track starting, and starting in earnest with today being the first day of practice across the state, some northern Arizonans ventured to Colorful Colorado to make a last cross country effort. Competing in the Junior division of the USA Cross Country Championships, Division 3 state runner up Chamique Duboise and fellow top 10 finisher Courtney Lewis led the charge for Arizona girls by both placing in the top 25. The boys were led by Division 4 champion Adriano Joe in the 26th position. Page was the only high school to send multiple athletes. Siblings Tyron and Lara Yazzie represented the Sand Devils well. Hopefully Page can come back strong in track after a pair of Division 3 titles in cross country this past fall.

Chandlers DJ Ware also ventured to Colorado this weekend. He recorded the second fastest time of the day in the 60m prelims at the Air Force Invite, though he did not run finals.

Not all athletes had to travel as far to find competition this weekend. Entering in a college meet might seem daunting for most, but not for several southren Arizonan athletes. In fact, several of them came away from the meet with outright victories in the collegiate fields. Allyson Arrellano (mile, 3000m), Jasmine Staffaucher-Gray (600m), and an All-Star relay composed of Jasmine, Sasha Jarrett and Drianna Mustin (4th runner is also listed as Mustin, though no other Mustin appears in results, some guidance on who this might be would be appreciated :-) ). Karen Arrellano (mile: 3rd, 3000m: 6th), Penny Fenn (mile: 2nd, 3000m: 2nd) and Sasha (200m-2nd) also had top places in the track events. Emma Williams, Courtney Brown and Sydney Smith finished 2-3-6 in the triple jump. Courtney Brown followed up her performance in the triple by placing 4th in the high jump. Mixing it up with collegiates certainly bodes well for the outdoor season. 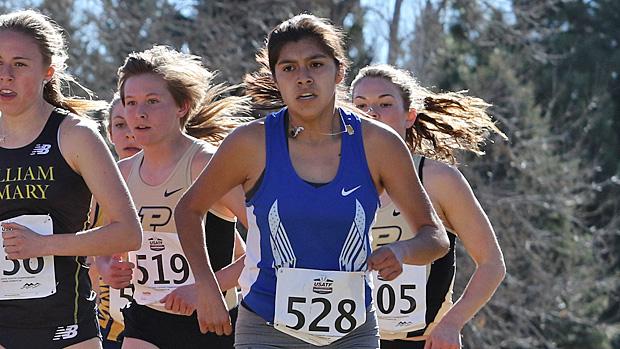