We All Dream Big in the Beginning

When we are really young and beginning our athletic-career journey, many of us see ourselves one day making the Olympics or becoming a professional athlete. As we enter our middle school years, many of us see that there are kids who are just plain better than us or at a completely different level than nearly everyone else on the court, field, or track. In our high school careers, copious amounts of us realize competing in track and field for the likes of the Oregons, Floridas or LSUs of the world are really just a pipe-dream now. Does this mean your track and field career needs to stop after your senior year because you're not one of the best track and field athletes in the country? Of course not! But as I've lived and coached in Arizona for nearly 15 years now, I've seen many quite capable athletes simply miss out on the college athletic experience because they simply didn't know how the process of college athletics work. And while this article isn't going to delve into too deep how to get recruited when you're not a D1-level athlete (for there are countless articles and websites on this topic), we will give a broad overview of the lay of the land of non-D1 athletic opportunities and spotlight athletes in Arizona who are going to be competing for a college or university next year, who are not the "stars" of the Arizona high school track and field family.

The National Collegiate Athletic Association is the largest collegiate athletic body in the country. When you watch March Madness, College Football Championships or the NCAA Track & Field Championships you are watching Division-I athletes and teams. In the NCAA there are 350 Division-I schools, which have some or all of the sports student-athletes can compete in. Also within the NCAA, there are two other divisions: Division-II and Division-III. The biggest difference from Division-I schools and Division-II is that D-I institutions are usually larger and have more sports funding and teams than D-II. D-II schools do still give out athletic scholarships. D-III schools are usually, on average, smaller than D-II and D-I and have fewer sports funding dollars as well. Moreover, D-III schools don't give out athletic scholarships. While on average, athletes at Division-I schools are usually more athletic and faster than their D-II or D-III counterparts.

Number of NCAA Schools by Division

This is David Ribich who ran for an NCAA Division-2 program, Western Oregon University until 2017.  He is now sponsored by Brooks and qualified for the Olympic Trials this year.

The National Junior College Association is the athletic body overseeing all junior college and community college sports. There are three divisions in the NJCAA (I, II, and III). Div I schools can offer full athletic scholarships, while Div III cannot. These are only two-year programs, with the hopes of moving on to a 4-year college. NJCAA competition is on par with NCAA Division-II on average. There are about 525 NJCAA schools across the nation.

Just because you're not the best on your team or in the state, doesn't mean you shouldn't want to compete for more after graduation. If you love the sport of track & field then I would wholly recommend you look for the best path for you. While there isn't as much glitz-and-glamour at non-NCAA Division-1 schools, there is still some travel, an opportunity to make it to your division's national meet and bond with like-minded and driven people like yourself. Plus, from a pragmatic standpoint, it may save you and your family a little money if you can get an athletic scholarship from one of these other schools. Moreover, by being one of a coaches' top recruits at nearly any collegiate level can help you, sometimes, get admitted to a better academic school because of your athletic success.

Maddy Shoemaker is a senior at Desert Vista High School. For complete transparency, I have known Maddy since she's been 10 years old, where she ran for my club team, Phoenix Flyers. I think she's a terrific kid and thought her story may resonate with a lot of other non-D-1 level athletes out there in Arizona.

Did you always think about running in college? If yes, what were your aspirations before this season? If no, then what changed that made you wish to compete in college?
I didn't want to run in college until the track season of my sophomore year. That is when I realized how much I truly love to run and if I could continue to do it at a collegiate level, then why not!
How did you find out about the schools you got recruited by? Did they find you? Did you reach out to them? What was the process? How important were your school grades in this process?
During my recruiting process, I started by looking at all types of schools in California and Colorado. I reached out to about five schools and stayed in contact with three of them throughout my junior cross and track season. My top two schools reached out to me at the beginning of my senior cross country season. I continued communicating with my top two throughout my season and went on official visits in January.
What were you looking for in a college in regards to running?
My grades have always been very important to me. It was never my intent to run at a collegiate level. I kept my grades up because I wanted to attend a prestigious undergrad program and then continue on to medical school. However, because of that my grades have gotten me some academic scholarships and helped with my acceptance into harder schools.
What advice would you tell underclassmen like you, who are good runners, but aren't the US-ranked athletes like others in AZ, in regards to competing in college and finding the right school for you?
It was really important for me to find a coach that appreciated my hard work ethic. I was also looking for a very close-knit team. At Desert Vista, our team is very united and I've made some of my best friends through cross country. I want to experience that in college as well. Finally, I wanted teammates that would push me to get better. I didn't want to go into a school being one of the top three runners.
Girls Division I, Section III Cross Country Championships (2019). Maddy took 8th overall.
Who had the biggest impact on you for wanting to compete in college? What was his/her impact?
First, I would tell underclassmen to not underestimate their abilities as a runner. There were a few schools I didn't apply to because I didn't think the coach would want me, only later to find out that I would be a great fit for the team. Also, don't freak out if you don't have a school picked by the fall of your senior year. I didn't commit until March. There are a lot of factors when picking a school and it's an important decision.
What was the process to find a school that was interested in your abilities? How did you go about it? Were there any big hurdles to overcome?
My Coach David Allison from the Phoenix Flyers Track Club had the biggest impact on me running in college. He has coached me since I was 10 years old and has really shaped me as a runner. I didn't think running in college was a possibility until he brought it up. He made me realize that I can compete at a collegiate level while continuing to do what I love even though I'm not the best.
What, if anything, would you have done differently in this recruiting process?
I was very fortunate that my top two schools reached out to me. They seemed to know who I was as a person and as a runner before I started communicating with them. Phone conversations also helped them get to know me and my abilities as a runner better.
I would have started my recruitment process earlier. It took me a long time to fully realize that I wanted to run in college and couldn't see me without it. I also would have reached out to more schools. You never know which coaches are going to want you, so don't limit yourself! 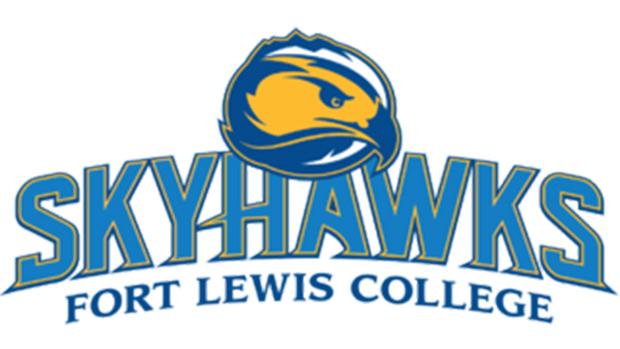 We will be featuring Tatum Jelleberg from Skyline on Sunday with his answers to these same questions and find out what his journey was in finding a good collegiate fit for him.

We'd love to hear your story. Email us: milesplitdza@gmail.com