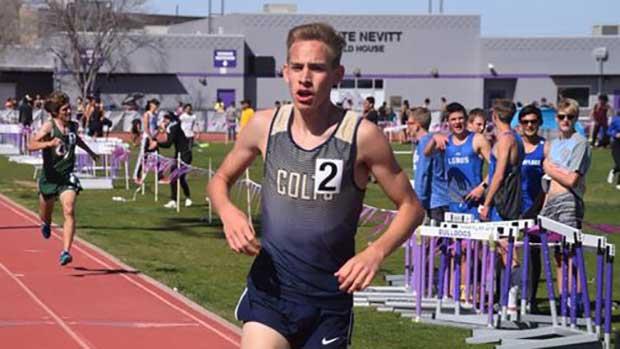 Senior Dayton Carlson from Casteel led the way for much of the 2020 cross country season for Division 2 in Arizona. Carlson began the season on September 12th, running a blistering early-season 15:26, winning the Chandler Invitational.

Carlson's time was good enough for the top Division 2 boys time of the season until October 1st, when at the Desert Twilight XC Festival, senior Randy Espinoza from Deer Valley shocked the state, running a 15:09.79 and finishing third, while also knocking off AZ #1 Xander Black from Brophy College Preparatory. Espinoza passed Carlson and assumed the top spot for the Division 2 boys.

Leading up to the AIA State Championship, it looked like the individual championship would come down to Carlson, who lowered his personal best to a 15:07 at the Chandler City Meet two weeks before state, and Espinoza, who held a head to head victory against Carlson in the regular season.

At the State Championship, it was Carlson who would walk away with his first state championship, racing to another personal best, running a 15:06.10. Carlson finished the season with eight race wins and a 6th place finish at the Desert Twilight XC Festival.

Senior Max Davis from Flagstaff High School finished second, running a 15:24.80 and personal best to cap off his high school career. Junior's Terrence Keyes from Gilbert (3rd) and Logan Marek (4th) from Ironwood were the other two runners to finish with sub 16 performances, running 15:43.10 and 15:47.40 respectively.

Keyes would end up helping lead Gilbert to a team title defeating Flagstaff, who entered the state championship having won the 2018 and 2019 team titles. Gilbert scored 77 points, averaging a 16:28 whereas Flagstaff finished with 92 points and averaging a 16:31.

Other notable performances from the Division 2 boys come from the Desert Twilight XC Festival. Espinoza (3rd), Carlson (6th), Keyes (18th), Harris (25th), and Davis (30th) all tallied top 30 performances against some of the country's best. Flagstaff finished 9th at the event and Gilbert finished 12th.

Alike the Division 1 boys, we saw some great performances from the Division 2 Boys in Arizona in 2020 and many of these boys will have the opportunity to make the move to running collegiately.