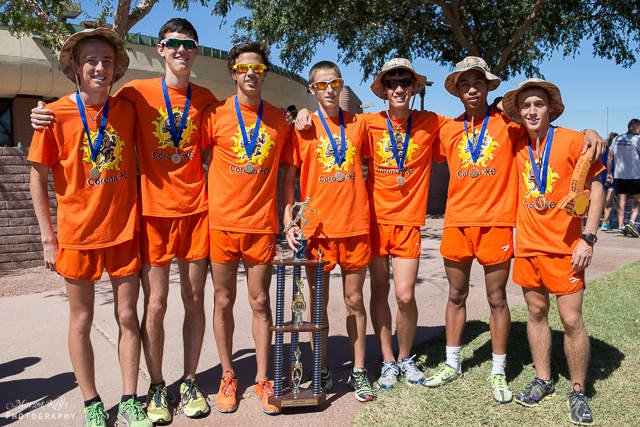 One of the best races to date this season happened yesterday at the Doug Conley Invitational at the Rolling Hills Golf Course. 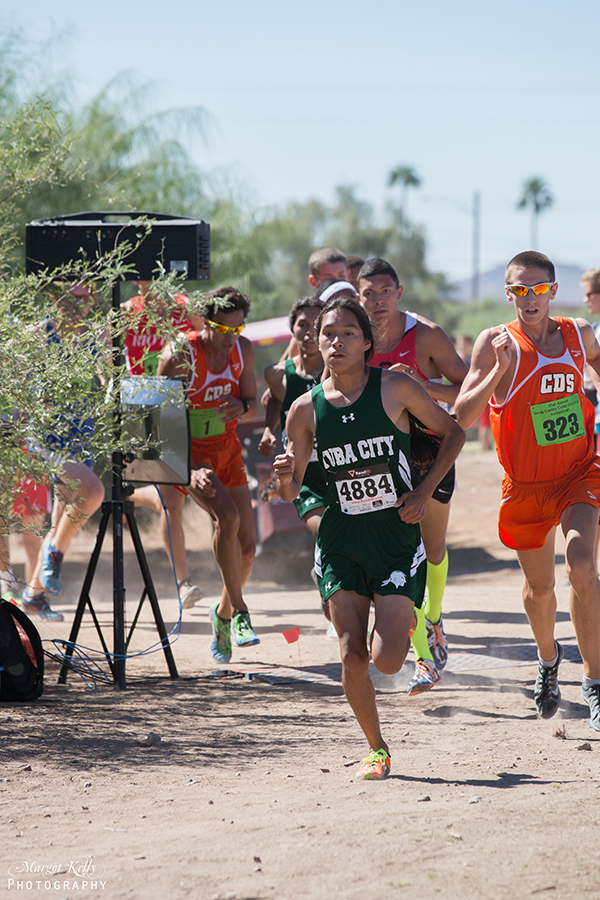 The boys Elite race was "Fast and Furious" as the boys from Page HS took an early lead until the midway point when a very large tight pack of fast runners rounded the corner to start the second loop. 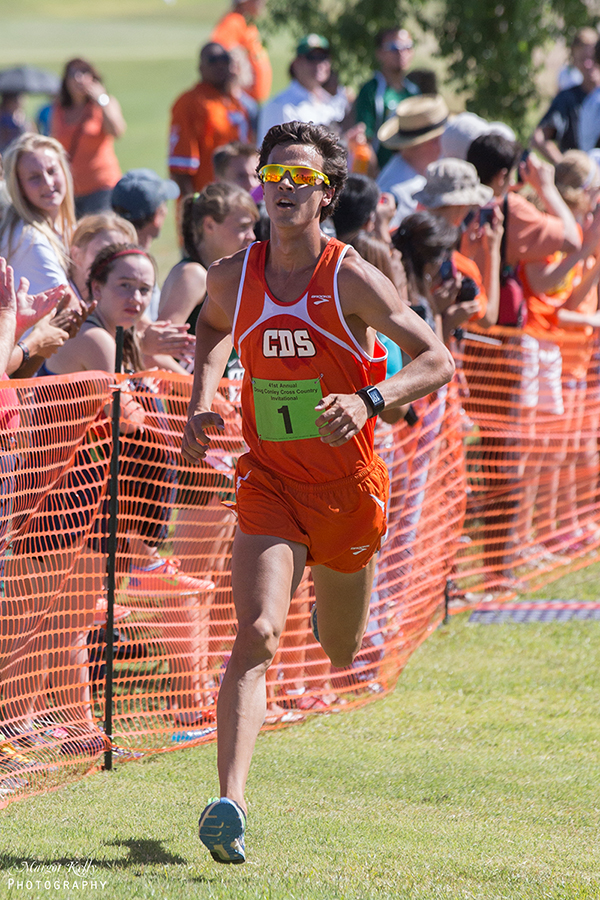 "It was a tough course," said Rodriquez after the race.  "I was just trying to follow our stategy and make sure I did what I needed to do for our team."

And he did just that!

"We all  wanted to work together," added Rodriguez.  "We have our front 3 and our back 4 that kind of work together.  This race in particular we wanted to make sure we ran the smartest race possible so we made sure not to push it too much the first loop and then come back stronger the second loop."

Wheeler saw an opening and took it. "I wanted to race smart and run the first lap really conservative - and on the second lap - pass a bunch of people down the hills.  I just saw a chance to take the lead and I just did it."

Normand met his goal even while nursing a cold, "My goal coming in was just to finish strong," said Normand.  "It was basically run smart and run with them (the team) and help the team come home with the trophy - which we did."

When asked if the team preferred the hills of Doug Conley or the flat speed of the Twilight Invitational, Rodriquez replied, "I don't know if I speak for the rest of the guys but we're not exactly too fond of the hills but we definitely appreciate twilight especially after running a course like this. " 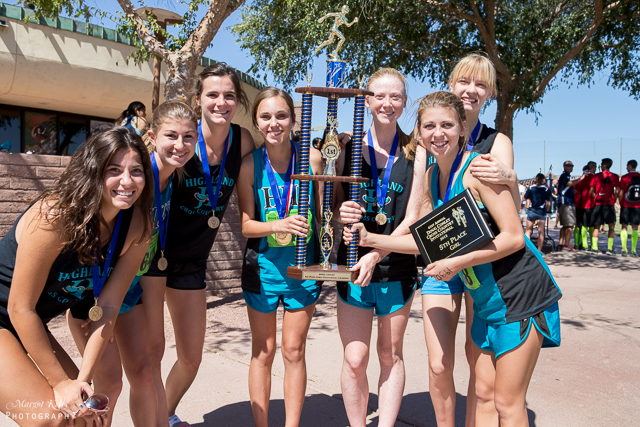 On the girls side Highland senior Lauren Ellsworth held a strong lead through most of the girls Elite race but little did she know Rio Rico freshman Alexandra Schadler was holding back waiting for the right time to make her move and with 400 meters to go, Schadler took the lead and finished the race with a time of 18:59.76. 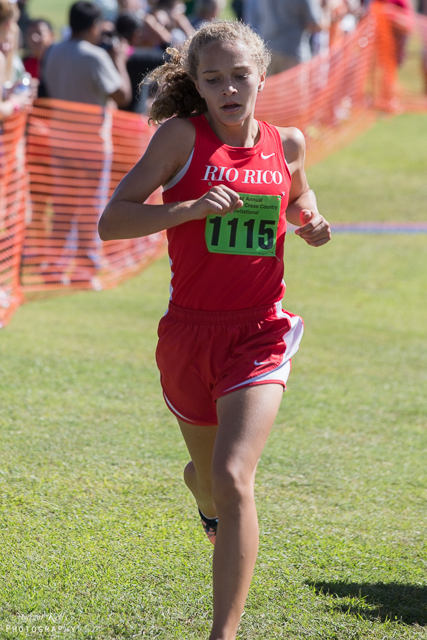 "I was really tired but it was a good tired," said Schadler after the race.  "My plan was to be in the top 5 and I did that."

Ellsworth finished 2nd in 19:06.51 and led her team to the Team Title with 77 points followed by the Xavier College Prep with 93 points and Corona del Sol girls with 144 points.  Also scoring for Highland were Alyson Girad (5th), Addi Montgomery (10th), Marisa Kennedy (25th), and Sarah Kreiser (35th).   Freshman Sarah Carter led the Xavier girls with a 12th place finish and Kelly Naumann (Jr) was the front runner for Corona with a 4th place finish.


Jeri Glicksman from Cactus Shadows won the girls Open race with a time of 20:22.51 while the Saguaro girls took home the Team Title with 81 points over Cactus Shadows and Salpointe Catholic, both with 122 points.