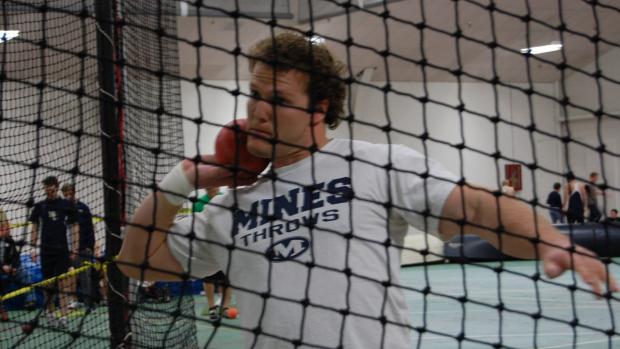 Nick Zehring, an alumnus of Mountain View HS (Mesa AZ) and the Colorado School of Mines (Golden CO). Nick, who originally went to Mines to play football ended up throwing for the track team for 4 years, earning two school records, two trips to nationals, and title of team captain in the process. Following his career at Mines he relocated back to the Phoenix area where he is currently works as an engineer in the power industry while pursuing an executive MBA at Arizona State University and plans to coach and mentor for a throws program at a local high school after his MBA graduation in 2016 in his spare time.

Shot put, commonly referred to as 'shot,' is believed to require little skill and just brute strength. This couldn't be further from the truth. Although strength plays an important role in being competitive at the shot put, so does technique, body control, and agility.

A shot put ring is 7 feet in diameter. In high school, the shot weighs 12 lbs. for boys and 8.8 lbs. for girls. In college the weight of men's shot increases to 16lbs. while women's remains the same at 8.8 lbs.

In order to win the shot put event, you must have the farthest throw while maintaining control. Maintaining control means you enter the ring, throw the shot put while staying within the ring, do not contact the top of toe board, and exit out the back half of the ring. If the thrower completes their throw under control and exits correctly, the official will say, "mark." If the thrower does not complete the entire process correctly, the official will say, "no mark" or "scratch."

At a typical meet, each thrower will be given the opportunity to throw three times in the preliminary round. The nine throwers who throw the farthest in this round will advance to the finals, held directly following the preliminaries. The throwers who advance to the finals, will be ranked in descending order, with ninth place throwing first, eight place throwing second, and so on. During finals, each thrower will have the opportunity to throw three more times. After each thrower has thrown their three throws in finals, the winner will be the thrower who had the farthest throw from either the preliminary or final round. It is possible to have one good throw in the preliminary round and scratch the rest of your throws and still win the event.

There are two techniques: the glide or the spin. Generally speaking, the glide technique is a little simpler and is best for bigger and stronger athletes. This technique allows throwers to hit the necessary positions with greater ease, but limits their ability to take full advantage of leverage and momentum. Alternatively, the spin technique is a bit more advanced but allows throwers to harness the full potential energy and convert it into kinetic energy. This technique is ideal for throwers who are athletic but don't portray the typical thrower physique. One rule worth noting is that for both techniques the shot must touch the throwers neck/face during the spin, this is for the safety and health of the thrower.There are many videos on YouTube that explain the details of each technique, however even knowing the basics is more than what most fans know.

Another consideration is that throwing is not contingent on speed leading up to the release of the shot, but rather about the thrower's finishing speed. The true power of throwing is being able to control the speed from the start all the way through the finish. Too much speed can be detrimental to a quality throw.

It is not unusual to hear a shot put thrower finish their throw with a loud yell. This is another aspect of shot put competition. Many throwers are superstitious and believe that a strong yell at the end of a throw will encourage the shot to travel just a little bit further.

At the end of the day, shot is much more than just a big man's sport and I hope this article allows you to view the sport with a new sense of appreciation. 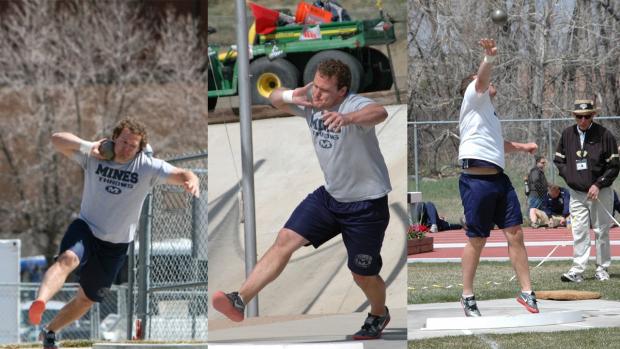 Editor's Note: I am hoping to make this into a series. I do not have the expertise to write about most events in track and field. If anyone (coaches, athletes, parents, officials, fans....anyone) is interested in writing quality articles, like Nick did with shot put, about other track and field events I would be happy to post them. These articles will be unpaid, but it may help you score a paid position later on. I plan on writing articles on 4x400m, 4x800m, 400m, 1600m and probably the 3200m as time permits. As such, preference will be given to other events, though if someone does a bang up job on a distance event it will be published as well.