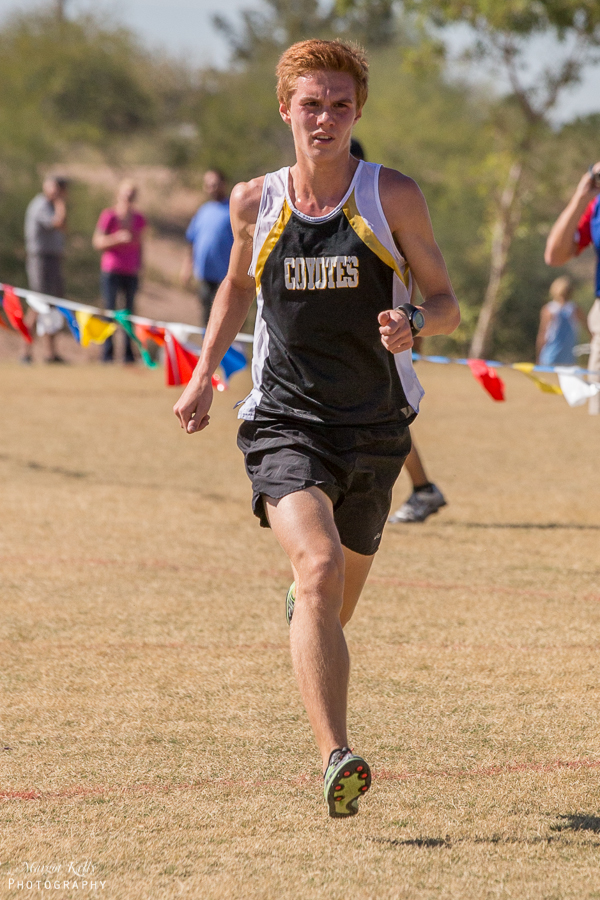 The Division Sectionals/Regionals have been won by a Hoskinson for the last 5 years.  DJ Hoskinson won the Regional event his Sophomore year, the last year before it was renamed Sectionals.  He then went on to win the first Sectional event before his younger brother Josh took over for him - winning the last 3 seasons including Fridays 3 mile race at Crossroads Park in Gilbert.

By the time the runners hit the second loop Hoskinson widened the lead with Corke in 2nd, Wong in 3rd and Chase Chittester (Glendale Prep) in 4th.

"We've been training a lot harder this year so I was pretty prepared," said Hoskinson.  "My coach just said to go out and win."

Hoskinson is ready and looking towards the State Meet when he will face his biggest competitor - Kyle Cajero from Pusch Ridge who will be going for his second State Meet title. 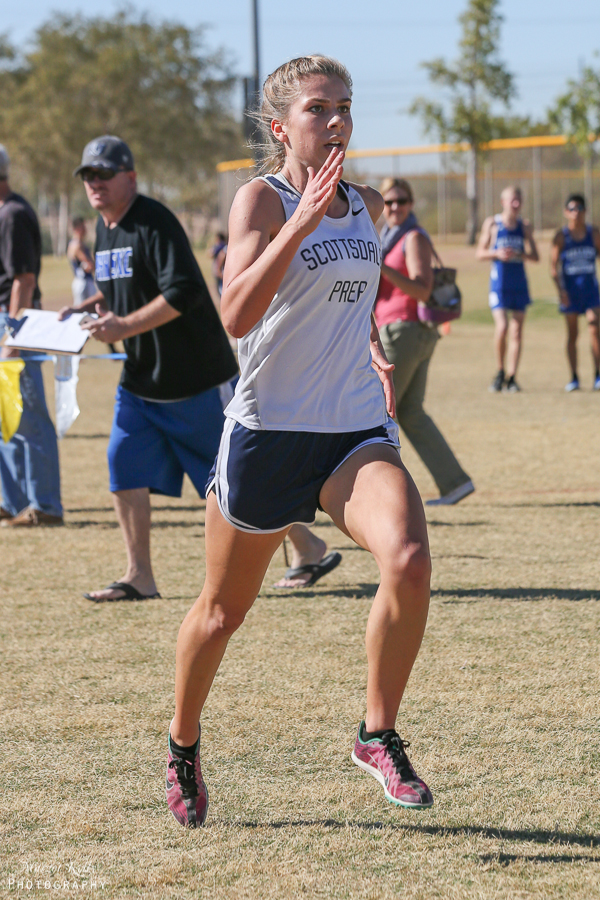 In only her second year running cross country, Charlotte Moore (Sr., Scottsdale Prep Academy) won the individual title in 19:07.  Her journey to the finish line started with an early lead by the first quarter mile.

She continued to expand her lead throughout the race by staying ahead of her toughest competitor, Mikaela Martin (Horizon Honors).

"I've been training very hard and trying to be as consistent as I can all season," said Moore after the race.  "I was hoping my best to stay with Horizon Honors Mikaela who is their number 1 runner.  I just kept pushing as hard as I could until the end"

Half way through the race Moore heard people on the sidelines shouting for Mikaela to catch her but it only motivated Moore to push harder and she continued to push until she finished the race.

Scottsdale Prep won the Division title with 20 points with all 5 runners in the top 13.  Marielle Debuerre was the final scoring runner finishing in 13th place with a time of 21:03.