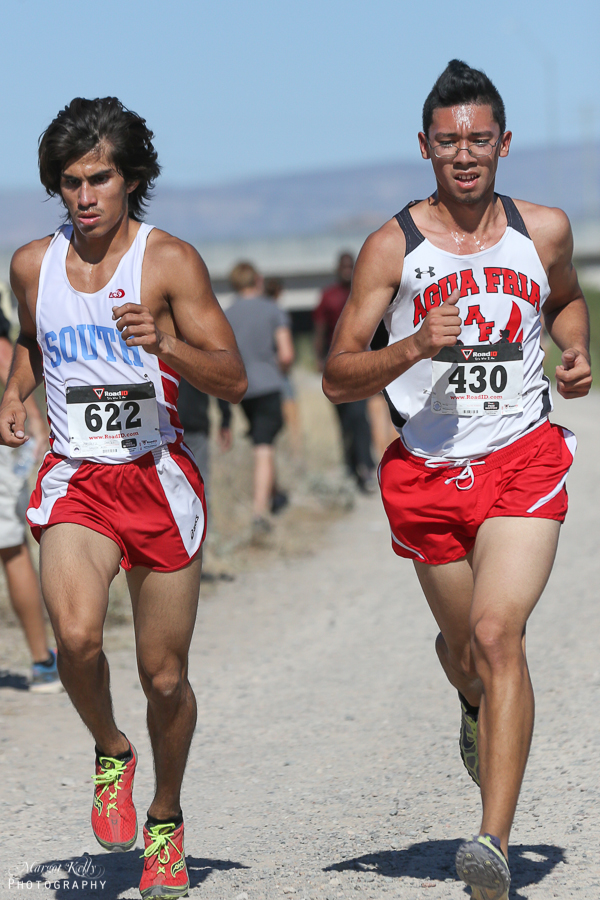 Daniel Frietz (South Mountain) and Mufasa Guerrero (Agua Fria Union) held back for the first half of the race but the lead went back and forth throughout the rest of the race until the final 600 meters when Frietz took the lead and gave a final kick to cross the finish line in 17:01.52.

As the group took the turn and headed up the monster hill known, as "The Beast",  for the second time Frietz moved into the lead but as he came into view on the back side of the hill, Guerrero moved to the front.  On the final stretch just before the 800 to the final finish Frietz took the lead back and continued until the finish line. 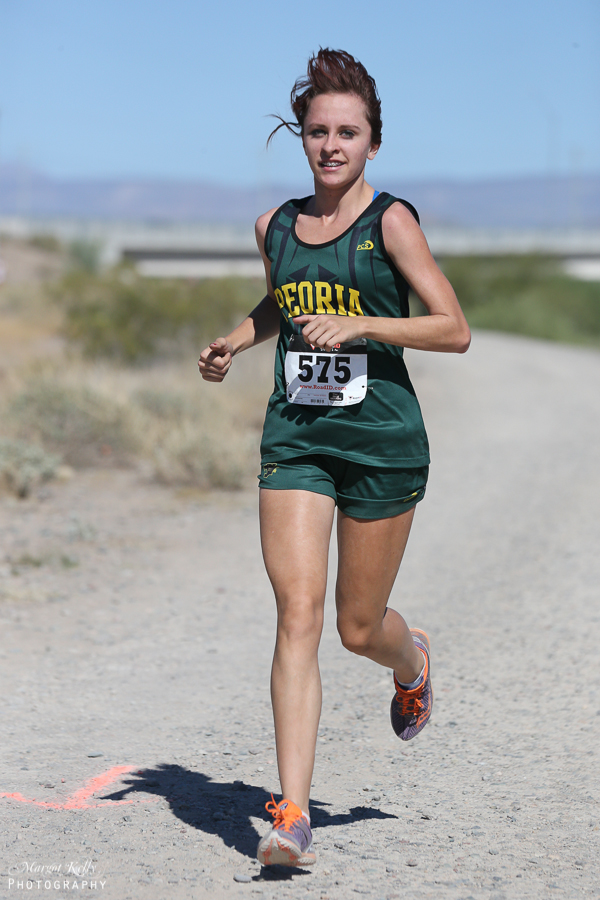 Peoria senior Rebecca Farnsley shot to the front right out of the shoot - trying to get a good spot.

In the first half of the race teammate Jennifer Maldonado and Independence High School runner Victoria Wyatt stayed close behind.

But by the end of the second loop Rebecca had a solid lead and was all alone.  She crossed the finish line in 20:47.19.

"That hill at the beginning - it hurt really bad the second time around," said Rebecca after the race.  "We did a lot of hill work training during our cross country season and it paid off."

Cibola won the Team Title with 48 points over Lake Havasu with 54 points and Peoria with 117 Points.