A big thanks to Daviel Lopez for the great tour of the Skunk Creek Landfill course!!  And thanks for bringing me water while I was deep in the desert battling the sun and wind!! 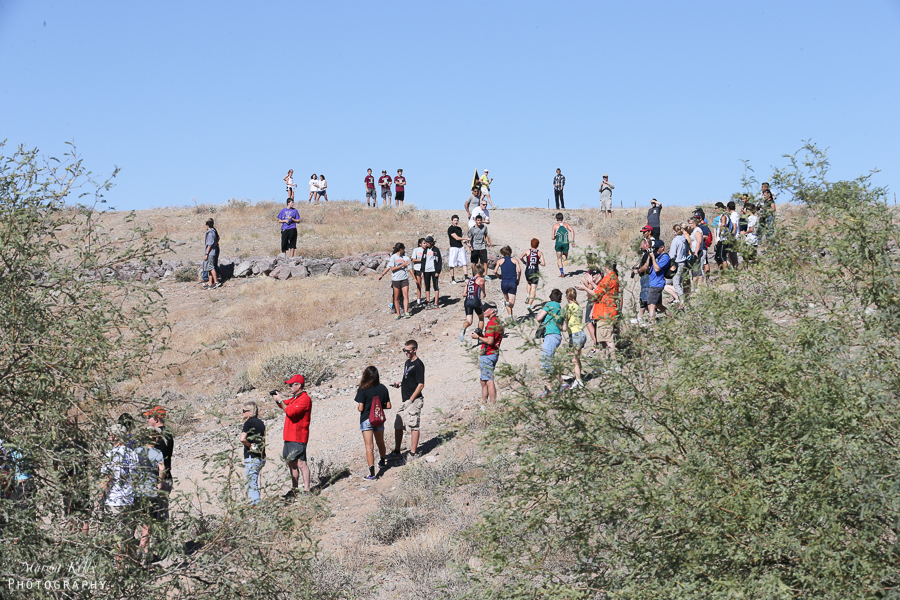 Nick Dale (Mt. Ridge) making his move on "The Beast"

The first 600 meter of the course is flat then a small hill - then 20 meters flat - then "THE BEAST" (pictured above)! 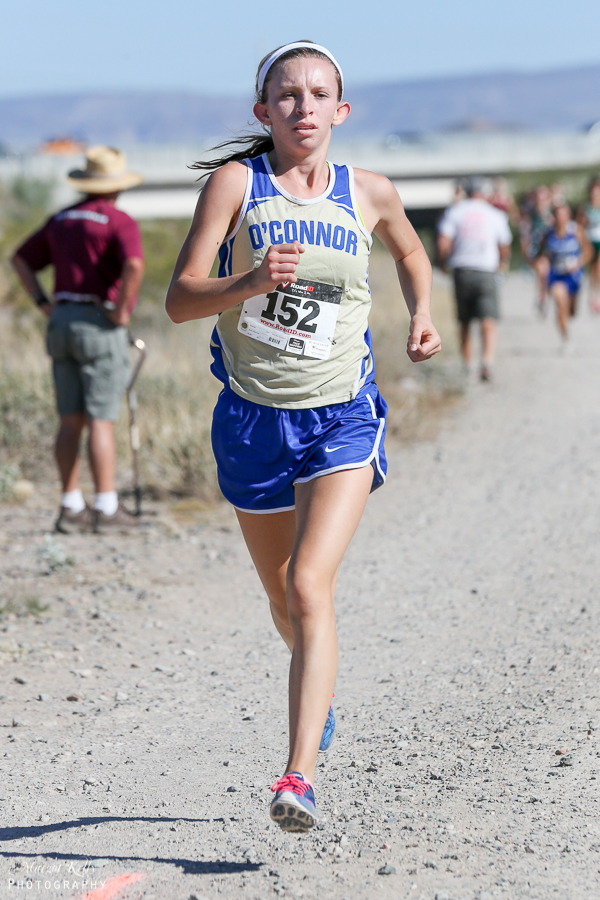 Kyra Lopez (Jr., Sandra Day O'Connor) took an early lead on the back side of "The Beast" - a lead she hung onto until the finish.

"I saw a girl in front of me and I've run with her for a long time so I just kind of paced myself and tried to sprint after her," said Lopez about her race.  "I just knew that the back side of the hill is probably one of my strongest points so I knew I would be able to catch her there."

Lopez's plan was to separate early and maintain a good pace without pushing herself too hard especially with the State Meet only a week away.

"My Coach told me to not kill myself but make it a good race," said Lopez.

The course is a comfortable course for the junior as it is her home course and she often trains on it.

"I run this course a lot," continued Lopez.  "We train on it and race on it consistently so Im pretty use to it.  We have been really training on hills this year so I feel a lot stronger on hills.  My legs feel fresh and I just feel really great right now."

Lopez had plenty of company with Kelly Schock (Pinnacle) and Rene Contreras (Westview) close behind for the first half of the race.  Teammate Shauri Thomas moved into second going up "The Beast" for the second time but the last minute kicks by several runners slightly change the outcome of the race. 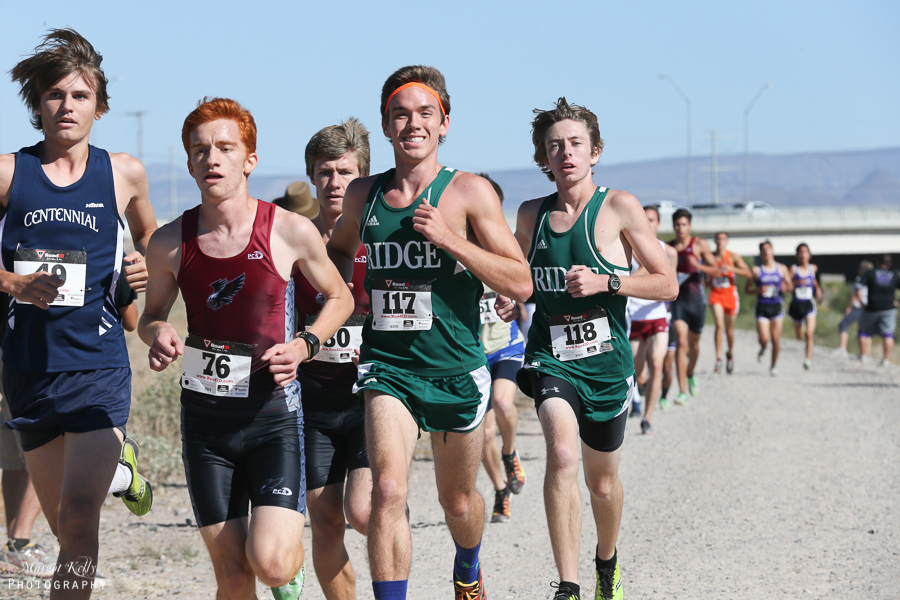 "I planned to just hang out with them (group of lead runners) the first 2 miles or so and just relax with the front place person then really hit that corner and the hill real hard and get my lead there," said Dale recounting his race.  "So I hit the hill hard and got a large enough lead where I could just hang out the rest of the race.  I didn't want to push myself too hard before state."

Dale executed his race perfectly doing exactly as he said he would.  As soon as he made the turn to run "The Beast" for the second time he separated himself from the rest of the group - with a smile on his face.

With 800 to go Dale went into cruise mode.  "I was just running it to win basically."

Going into the State Meet Dale is ranked 4th in Divison 1 but as he said,  "I am definitely going in there for the win because - what else do we train for."