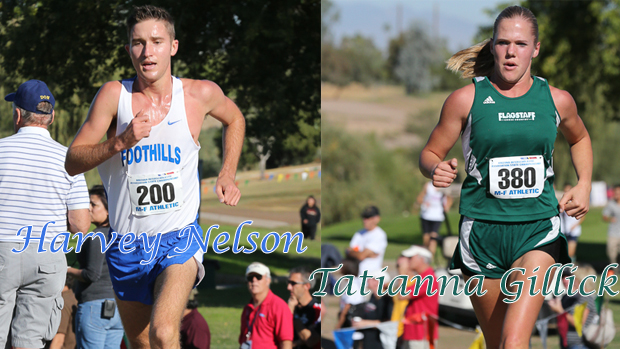 "The original plan was to try to take it out easier but my 4:46 1st mile was not part of the plan," said Harvey Nelson (Sr., Catalina Foothills - photo left in white). 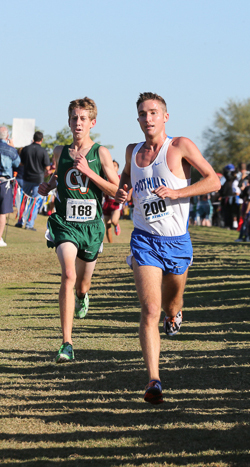 Nelson wanted to take it out more conservatively through the first mile but Lucky Schreiner (Jr., Campo Verde - photo left in green) was on his heels.

And then there was the coyote who entered the race at a mile and a quarter.

I didn't see the coyote until it passed me on the top of the hill," said Nelson with a chuckle.  "At first I thought it was Lucky with a serge to try and pass me.  Then the coyote went by."

Schreiner eventually passed Nelson and with 800 meters to go it looked as though his lead was strong enough to give him the win but Nelson saw an opportunity.

"I could see Lucky had a hitch in his stride and he kept looking around," continued Nelson.  "I saw an opening and decided I was going to muscle through the pain."

And painful it WAS.  "It didn't feel good….it hurt…. but it was me willing myself to see if I could live with it."

Lucky dove for the finish line as Nelson kept sprinting through it and for a short time Nelson wasn't sure who came over the line first. 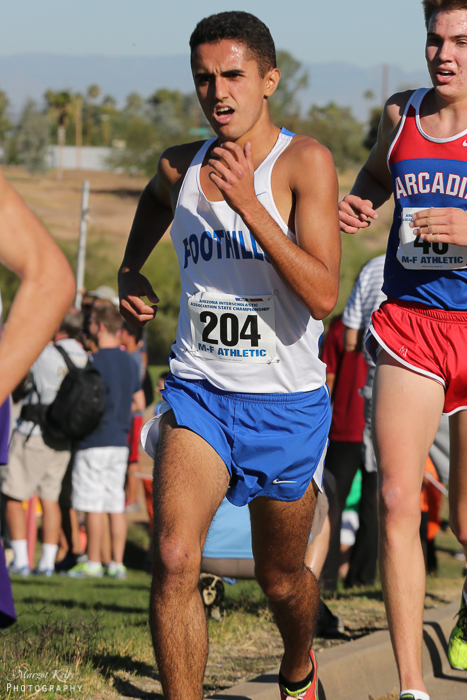 Emilio Vasquez (photo right) was the next runner for Catalina Foothills finishing 6th with a time of 16:01.16. 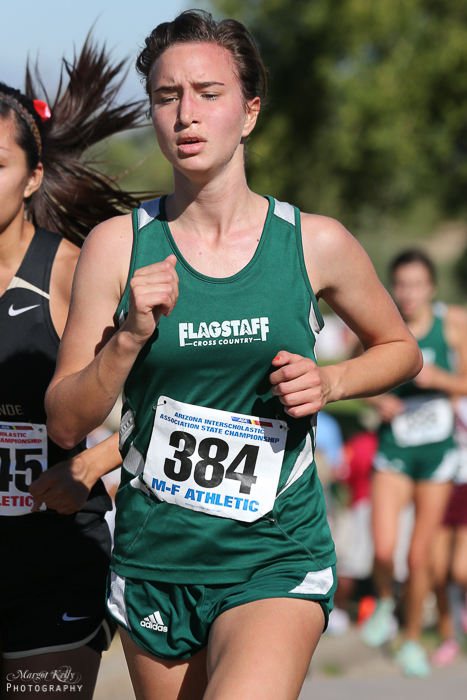 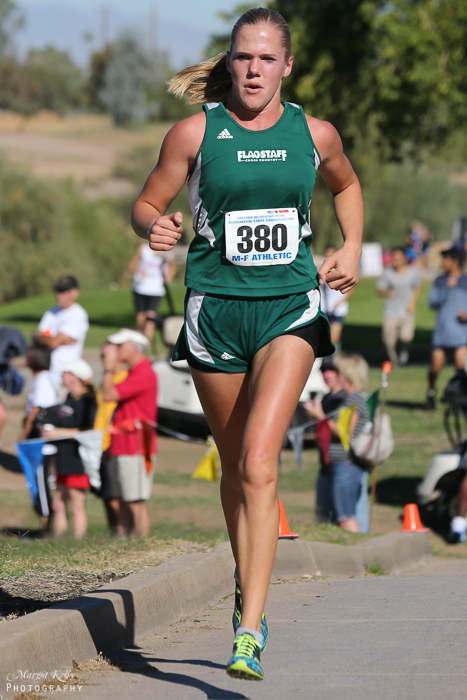 Gillick took the lead at the gun and improved it steadily thoughout the race.  By the time she reached the mile and a quarter mark comments such as "wow, she looks like she is just out for a jog" could be heard from the crowd.

Flagstaff won the team title with an impressive 34 points over Catalina Foothills with 87 points.

Harvey and his running partner....... 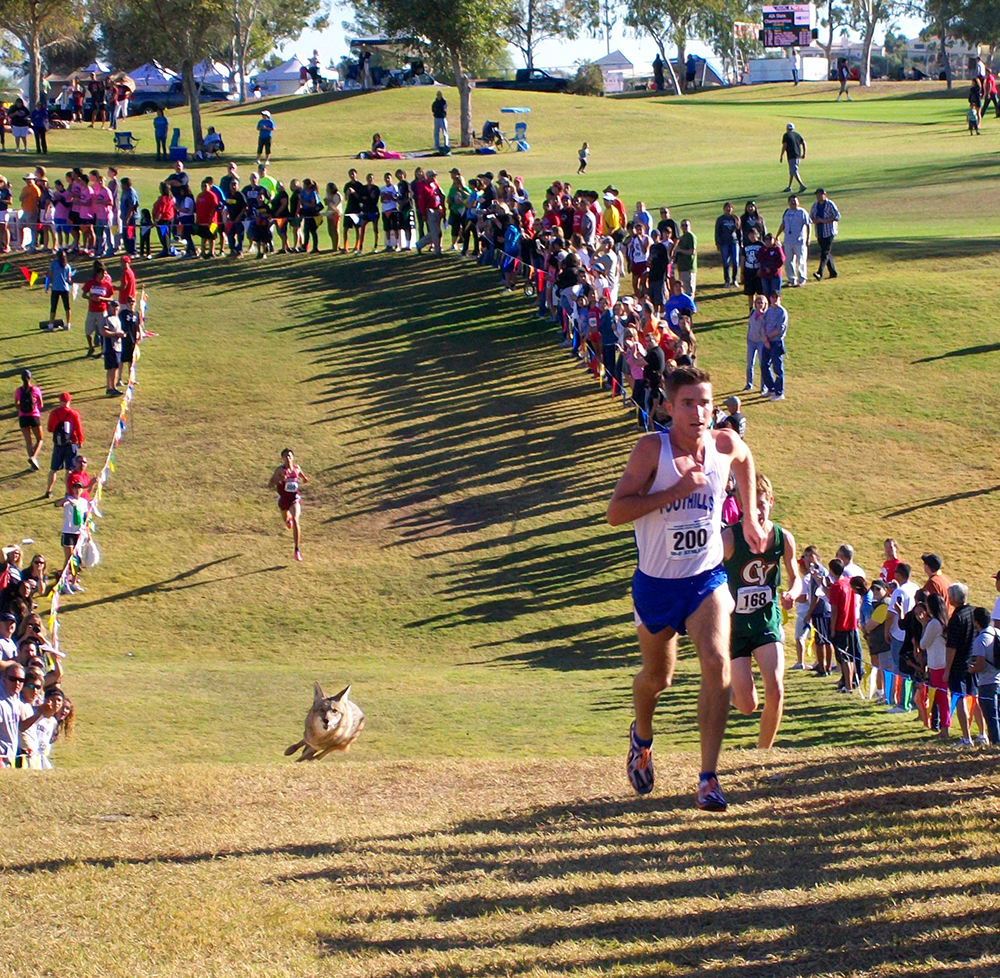