Junior out of Show Low High School Taylar Kregness won the Shot Put with a 5-foot lead over the next competitor, making her the state champion in only her junior year. Her mark was exactly 40-03.00. Expect to see Kregness again next year.

Similar to the long jump, the high jump was a very lose finish. Jake Hall, junior from Snowflake high school, took the boys high jump with his mark of 6-07.00. Not far behind him was Jayton Hall of American Leadership Academy with an extremely close mark of 6-06.00.

Darius Martindell, senior from Safford High School won the 110m hurdles in a close race with Darzell Smith with a time of 15.21. Martindell is a Senior while Smith is only a junior, so expect to see Smith again next year.

Julianna Park from American Leadership Academy dominated the field on saturday, winning by six inches in the D3 girl's pole vault. Park hit a mark of 11-00.00 to win the championships as a junior.

Allie Schadler from Rio Rio takes the 1600m to add to her list of state titles on saturday. Schadler ran a time of 5:08.20, leading the race by over 10 seconds. Allie's sister Samantha went on to win the girls 800m in an impressive time of 2:22.68 as a sophomore.
On the boy's side, Michael Barney showed everyone why he deserved the state title for the 3200m, running a 9:28.87. He cut the pace down to 67 seconds for the bell lap, gapping second place by almost 20 seconds. Barney says in an interview, "We hit the mile at 4:50, then I felt like it was just time to take it."

Rio Rico High School won the girls 4x400m with no surprise. The Schadler sisters each ran an important leg, allowing Rio Rico to win the 4x400m with a time of 4:05.08. 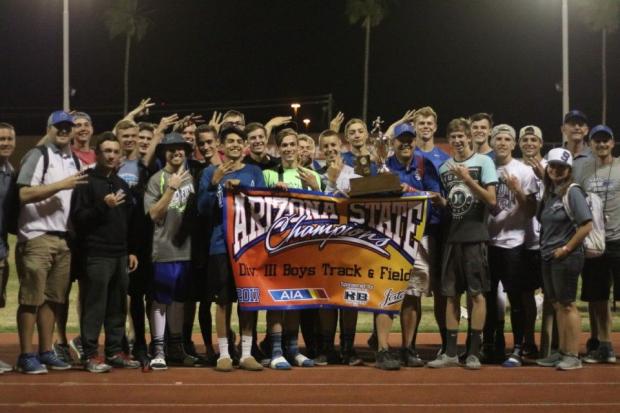 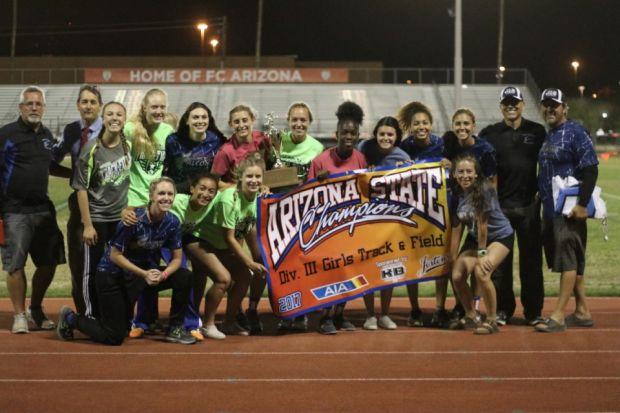