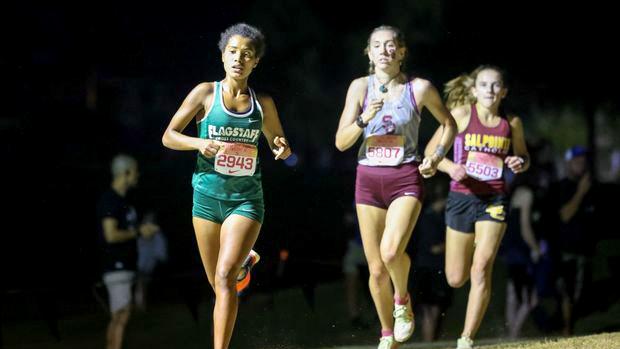 Hall is one of the best athletes in Arizona prep distance running history. She is a two-time state champion in cross country and has run 17:14.4 for 5,000-meters, the eighth time in state history.

This cross country season, Hall has run the second-fastest time in the state at 17:28.6. She finished in 12th place at the prestigious Woodbridge Cross Country Classic in September, covering the three-mile course in 16:17.3. That time puts her at No. 5 in state history.

Hall is the daughter of professional runners Ryan and Sara Hall. Ryan, who has since retired from running, is the American record-holder in the half-marathon. Sara is third all-time in U.S. history for the half-marathon and second all-time for the marathon.

Hall will look to defend her state title for a third time this Saturday at Cave Creek Golf Course. She didn't race at last week's AIA Sectional Glendale Heroes meet, but Flagstaff coach Trina Painter said Hall will give it a go at the state meet.