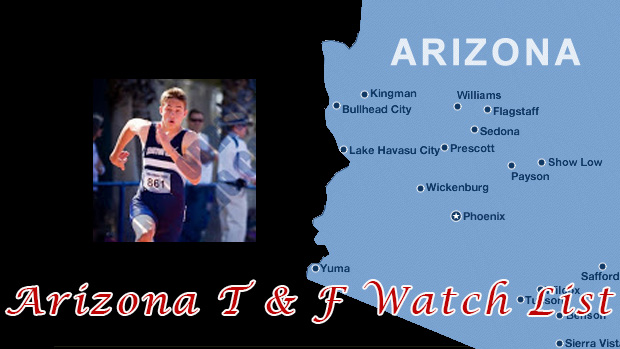 I first got involved in track in the 4th grade. I was going to a track club to stay in shape for football. Lo and behold it was Pop’s Track club run by former Olympian LaTanya Sheffield. This would be my first start into the world of the 400m sprint, and I never looked back. The real hook however came when I was interviewed by a newspaper journalist and a quote I said at the Amphi Everybody Wins Track Meet made it into the paper. As a 5th grader being mentioned in the paper was pretty cool, and I was hooked.

Monday: usually the hardest day of the week consisting of speed endurance training

Tuesday: recovery day – especially if there is a meet on Wednesday.

Wednesday: harder work out if no meet usually speed work.

Thursday: Easier day to recover especially if there is an invite. Usually work on relay handoffs.

Friday: If there is no invite it is usually a hard training day similar to Monday’s workout.

I hope to break the school record in the 400 (My PR 48.94 School Record 48.93) and the 200. The time table for this goal is to break the school record and the Willie Williams meet record in the 400 at that meet. I also hope to compete and medal at the Division 1 state track meet in the 400. To do this I have set my goal to run a 46 high and will hopefully run faster than that because I’ll definitely need it to compete with runners like Paul Lucus.

Oh absolutely! Extremely superstitious, I am always wearing the same compression shorts, have on the same lucky socks with 4 leaf clovers on them, go through the same stretching routine and have the same ritual as I get into the blocks. I always jump twice, slap each thigh and calf then calf stretch into the blocks. I look up and down the track then fall in to a relaxed stance like I’m sleeping. Before a race I always just do a mental race to get me in the zone. Go through several different outcomes and what not. Usually the more relaxed I am going into a race the better I run.

Season is starting to shape up really well! I mean this is what I have been looking forward to since I started running track for a school team in 6th grade. To be competing on the biggest stage. More than likely will be able to compete at the Arcadia Invitational in Los Angeles California. This is the first time since I have been on the team we will be going out of state for a meet (partly in effects of me prodding our coach constantly during the offseason), so hopefully I can run well at this meet and show what I can do on the national stage. After this senior season I won’t have much time to compete in after season meets because I will be getting ready to report to the United States Air Force Academy on June 26th. But it also is where I will be running track for the next 4 years so it’s an exciting new start.

To keep working and don’t let a bad race discourage you. Practice can suck but the harder you work now the better you will be in the end. No matter what people say to you always strive to be the best out there. Take it from me I have had many people including some I considered to be my close friends tell me that I was no good. Just stay strong and shut them up with what you can do on the track. No one will say your no good if they now you can beat them. A hard work ethic is the best thing you can have and never let it die.

Two attributes leading to success would be my hard work ethic and a strong drive. When I started competing I was nowhere even close to being the best out there. But not being the fastest kid on the track was what drove me to work harder to be the best. When my friends were relaxing during the offseason I would be found running on the track or on trails in the area. I hated the feeling of being second fiddle; to not experience this again is what drives me to run that extra 200 or do that extra set in the weight room.

Michael Johnson would be my role model. This isn’t only because he is a 400 runner and the current world record holder. This is only part of the reason the other part is because of his outstanding work ethic and his amazing character.

In a normal invitational I will run in the open 400, the open 200, the 4x100 relay, and the 4x400relay. However, I am open to almost every event. I’ll pretty much do whatever coach asks me to do. But I would definitely have to say my favorite event is the 400. Everyone I have talked to on my team pretty much hates it but to me it is just the right distance. I have never been the quickest athlete out of the blocks but once I get going I feel alive. I guess you just have to be the right amount of crazy to want to run the 400.

Shout out to my amazing parents who have put up with so much of my crap. Driving me to from practice to practice, waking up early to get me to meets and just being some of the best support I can ask for

Hot and sunny, no wind.