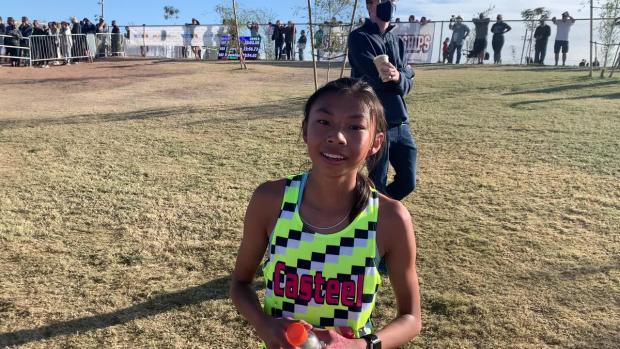 The Division 2 girls provided an incredibly exciting season, which was highlighted by some of the state's most promising athletes. Five of the top six ranked division 2 girls in 2020 were underclassmen and the top four finishers at the AIA State Championship were also underclassmen.

Freshman Kyah Zurek from Casteel and sophomore Mia Hall from Flagstaff finished the season at the top of the D2 girls rankings, both having clocked sub 18 performances during the season. Alike the D2 boys race, it appeared as if the state championship would come down to the two top-ranked runners.

Flagstaff, who won the team titles in 2018 and 2019, once again walked away with a state championship, scoring 41 points and averaging a 19:01. Catalina Foothills finished second and Casteel finished third, scoring 79 points and 98 points respectively.

Senior Merit Thompson from Cactus Shadows capped off an impressive senior season with a fifth-place finish at the state championship and an Arizona #10 fastest time. Thompson finished the season with four individual wins, including a victory at the Desert Twilight XC Festival in the large school race. Thompson finished 10th at Nike Cross Nationals Southwest in 2019 and would have been in contention to qualify for the national meet had there been a race this season.

The next several seasons will be incredibly competitive at the Division 2 level as there are several underclassmen who will continue to improve over the next two to three years.