As we near the end of 2020, many of us will be glad that this year will soon be behind us. COVID-19 wreaked havoc upon us all in one way or the other; whether the effects were peripheral or front-and-center in our lives, this year will be etched in our minds for decades to come.

And although 2020 was for athletes and coaches alike not what they expected or wanted, there were still numerous amazing stories and triumphs by Arizonans that reverberated around the country through this unprecedented annum.

Let us look back at the stories, videos, and images that made 2020 a year of perseverance. While there were rumblings of maybe a postponed season due to this peculiar virus that started to spread day-by-day across parts of the United States, we still as Arizonans did not know if high school track and field would be canceled. In February, we put out a series on the top-100 returners in Arizona for 2020 for several event types in anticipation of a number of top-level athletes who would be competing in 2020. We also put out a Top-40 All-Time AZ Athletes - Girls and a Top-40 All-Time AZ Athletes - Boys in February to look back at the many great athletes Arizona had had up to this point. 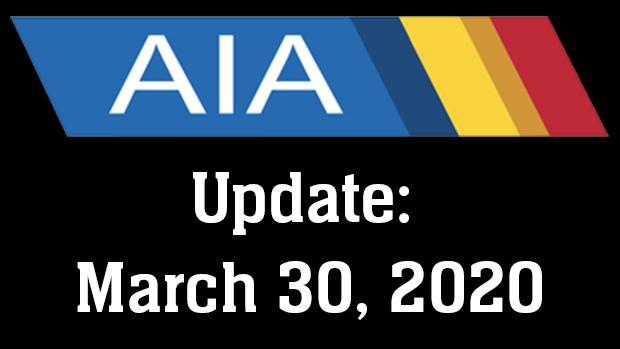 In early March we started our Salute to Seniors series to spotlight any and all seniors who wished to be recognized in our public forum; also, MileSplit tried to help our Arizona seniors and colleges that were still looking for athletes in our AZ Unsigned Senior series.

March also gave us one of our few meets of 2020, the Aztec Invitational, where we saw a glimpse of what a 2020 season could have been with the Highland boys throwing down some impressive early 800-meter times.

But on March 30, 2020, we were all given the sad news that all spring sports in Arizona would be canceled for the remainder of the year.

With everyone across Arizona shocked and in disbelief of a canceled season, MileSplit AZ tried to continue providing quality content to our readers and subscribers. We began a Virtual Challenge series, had a Coaches' Corner series, and also tried to get a little creative with a Triple-Threat series which showed various athletes were strong in three events on the track.

To get a little more into that data weeds and think a little bit outside the box, we tried to figure out which states had the top-12 fastest Fantasy All-time DMR teams for Boys.

Finally, we had time for some more in-depth video interviews with the lack of meets. Here are a few that we put out:

As we entered into May, even the most optimistic of us were finally letting go of the idea that there would be any sort of track meets in 2020. We did put together the Fastest Fantasy Girls DMR of All-Time to give us all something to admire, but we all thirsted for something real...something we could watch, feel, and believe in.

And even though David Shapiro did reassure us that he felt that we would have some sort of cross country season in 2020, we all still had our minds on the red oval lined oasis.

Luckily, a young man named Leo Daschbach gave us something to cheer about in late May as he became the 11th high schooler to break the  4-minute mile. Having not had a full season to compete, Leo had done a couple of time trials which he threw up on Instagram where he ran a 1:49 800m and 4:03 mile, but the elusive sub-4 mile still was calling. The Quarantine Classico was put together for this reason and Leo did not disappoint. Closing in 56 seconds, he crossed the line heading straight into the running history books. Arizona was able to put together the Desert Dream - Last Hurrah Track and Field Invitational in mid-June, where athletes from Colorado, California, Arizona, and other states to compete in one of the few meets anywhere in the United States at Poston Butte High School in San Tan, Arizona. There were some great performances and it seemed on that night that people understood how fortunate they were to have this opportunity to compete in 2020.

June was also the start of our big Athlete of the Decade series, where literally thousands upon thousands of votes were casts.

As we moved into the dog days of summer we had an amazing response and voting for our finalists Jaide Stepter and Billy Orman in our Athlete of the Decade contest. You can see how close it was with one of our two "news" stories below on the final day of voting.

Billy Orman did end up winning, ultimately, but it was why he won which made for such a compelling story about Billy Orman and his ties to the Navajo Community and the idea of hope.
in August, with the cautious anticipation that there would be a 2020 cross country season, we started putting out our AZ XC Ranking List series.

While the cross country season started a little late, it did start, but with the contentious issue of mask-wearing and social distancing being at the front-and-center of many discussions, the AIA was threatening to end the season if athletes, coaches, and onlookers did not start adhering to the guidelines set forth by the State and municipalities where meets were being contested.

Although wave starts were the new norm, the cross country season was happening and runners were putting down some good times. MileSplit started a few different series. We began Athlete Spotlights, XC Time Improvements, and Runner of the Week articles and rankings that month, trying to show various levels of athletes in a positive mode. Desert Twilight still went off in October. Even with a new location and a new setup, there were still some great races and athletes to watch.

Somehow we got through the cross country season with a State Championship (Great job, Dave Shapiro and AIA!) and end of year rankings. While the meet was a little smaller and at a different location this year, there were still many impressive performances on both the girls' and boys' sides. With many states not having fall seasons, we should all be thankful that we got to compete at all this year.

Those Desert Vista girls won the virtual national championship and finished another tremendous season for the Thunder.

With only nine days until 2021, let us reflect on all that was in 2020. It may not have been the year we had all planned for but it is sure to be one that we will not soon forget. Merry Christmas, happy holiday, and a happy new year to all of you in 2021!