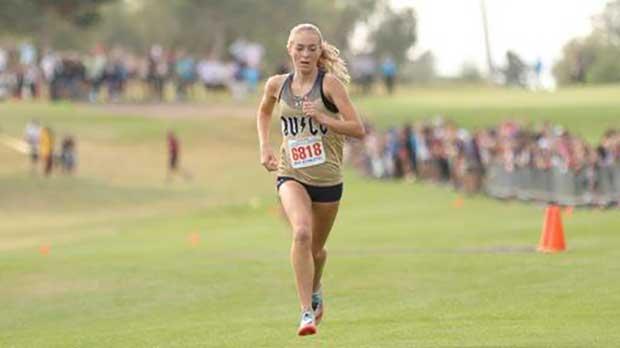 There were several changes for the D1 Boys in Arizona, from an individual and team standpoint, however it was a whole other story for the D1 Girls.

Following her state championship, Ping attended the AAU National Cross Country Championships in Tallahassee, Florida, and finished 6th in a field of 293 of the best runners in the country. Ping finished the year as the AZ #1 and a US #14, with her impressive 16:47.20 personal best earlier in the season at the Desert Twilight XC Festival.

Perhaps the most impressive accomplishment this season came from the Desert Vista girls team, who not only were undefeated as a team since October 2nd, but also won the Nike Cross Nationals Virtual Championship against some of the best competition in the country.

Like the Boys, the D1 Girls also showed out at the prestigious Desert Twilight XC Festival, putting 19 Arizona D1 girls inside the top 40. Lauren Ping, who ran her US #14 time at the meet, finished 2nd and her teammate Katie Sigerud finished 4th, running a 17:48.

Among the other D1 Girls who had impressive performances at the Desert Twilight XC Festival, Jr. Rujuta Sane from Hamilton (6th) and So. Kayla Case (8th) from Highland High both finished inside the top 10. Two pairs of teammates from the AIA D1 girls finished next as Jr. Taylor Lovell and Fr. Sara Jones from Perry finished 13th and 14th, respectively, and So. Emma Baugh and So. Sophie Mann from Highland High finished 15th and 16th, respectively. Sr. Kylie Miller from Perry rounded out the top 20 for Arizona's D1 Girls.

Arizona has a special group of girls, especially at the D1 level. In the next several years, a good portion of these girls will be given the opportunity to advance their athletic careers at the Division 1 level in college.

Senior Grace Ping from Desert Vista will get the opportunity to do so at Oklahoma State University in Stillwater, Oklahoma, representing one of the top cross country programs in the country. Ping, a two-time Footlocker National Finalist and one-time Nike Nationals Finalist, also boasts six state championships, has run a 4:57 in the 1600m, 10:25 in the 3200m, and a 16:26 on the track in a 5K. Oklahoma State is getting one of the nation's top recruits and Ping should be in a great position to succeed over the next several years.