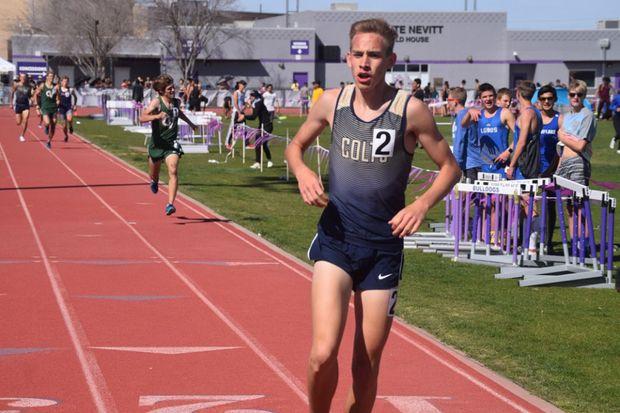 Before the cancellation of the 2020 AIA Track and Field season, nearly all of the top Division 2 performers were a part of the graduating senior class. The Division 2 boys will be tasked with replacing a very talented 2020 class, but there are a plethora of athletes that stand a chance to step up to the plate and produce some of the states best performances.

Senior Dayton Carlson from Casteel is the only returning Division 2 runner that was ranked first in their respective event in 2020, which was the 1600m. Carlson is coming off a dominant fall cross country season where he won eight of the nine races he competed in, including the 2020 AIA Cross Country State Championship.

Seniors Joshua Worley from Betty H. Fairfax, also a top returner in the 300m hurdles, and Ethan Seppala from Canyon Del Oro also return with top times in the 110m hurdles and will be top competition for Rocker in the event.

Junior Michael James from Millennium and senior Jailand Goudy from Williams Field are the top returners in the triple jump, both having jumped 42 feet. Goudy qualified for the state championship in the triple jump in 2019 and finished 9th.

Three sub-50-second performers in the 400m dash return in 2021, including senior Donovan Castillo from Horizon, who finished 4th in the event at the 2019 AIA State Championships and won the 2019 Arizona Meet of Champions.

Juniors Jayden Carpenter from Millennium and Brian Fair Jr. from South Mountain also clocked in 49-second performances in 2020. Carpenter finished 8th in the event at the 2019 AIA State Championships.