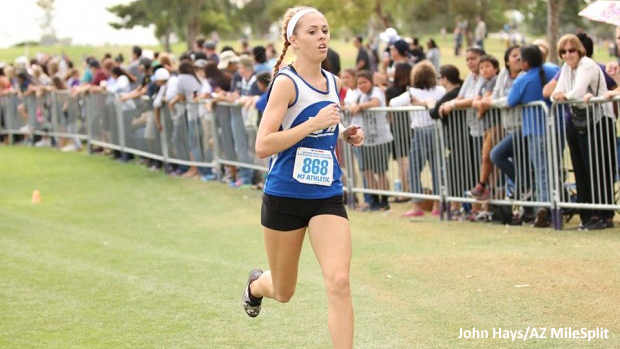 Keelah Barger started her career as a sprinter and switched to the distance races in the spring of last year. During the cross-country season, Barger placed no lower than 3rd place in each of her races including the Championship race at Desert Twilight and the Division IV Girls race at the Cross-Country State Championships. This track and field season, she opened at her home invitational for the NPA Skydome Classic where she won the 1600m. The following week, she ran big PRs at Rattler Booster to win the 1600m and took second in the 3200m. At the State Championships, Barger clinched the victory in the 1600m and also secured podium spots for the 800m, the 3200m and anchored the Lady Spartans 4x800m relay to 3rd place.

Where are you from and when did you begin running?

I am from Flagstaff, Arizona and began distance running one year ago.

My most memorable moment was when I won the 1600-meter race at State, this spring. My whole season built up to the point. 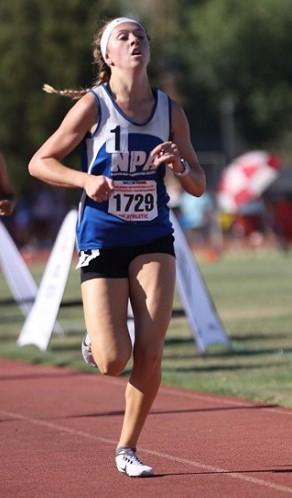 Did you listen to music before competing? If so what's on your playlist?

I listen to rap music before racing, and my favorite pump up song is Beast by Migos.

Who would you consider your biggest competitor over your four years?

My biggest competitor would probably have to be Maddy Christopher from Flagstaff High School. Even though we are in different divisions, our times are so close she was a great person to compete with.

My greatest accomplishment would have to be placing 3rd at the cross-country state championships after only a few months of training. I am very thankful that switching sports senior year paid off and am very proud of all the work I put into to get there.

I would have started my career sooner!

The most difficult obstacles were definitely mental. I had to learn to control my nerves and build confidence in my training and coaches.

What will you miss the most about competing for your team?

I will miss the camaraderie and friendships that I built on my team. They are a huge part of who I am as a runner and a person.

In your time as a distance runner for NPA, what was your least favorite workout?

We sometimes will run a Green Mountain loop that is a mile total with 800 meters uphill. We would do tons of repeats on that which were always really difficult.

What advice would you give to younger athletes?

My greatest piece of advice is to set your goals incredibly high.

What influence have your coaches had with respect to your performance and overall life goals?

My coaches instilled confidence in my running and ability to compete. They taught me to have this same confidence in other areas of life as well.

What are your college plans? Have you decided on a major?

I will be attending the University of Arizona Honors college to major in biochemistry. I will also be running track and cross country there.

You mentioned that Coach Li watched you race at State Championships. What's the thing that attracted you most about his coaching style?

Coach Li approaches training in a very individualized way and not a single athlete had something negative to say about his style.

Who would you like to thank for your success in high school?

My family is my biggest supporter. They have shaped me into the student, runner, and person that I am today.

What's the last movie you watched?

Where's the best trail to run in Flagstaff?

Training shoes vary on the season but I really like the Nike distance trainers.

What are you most excited/anxious to do when you get to Tucson?

I'm most excited to watch football/basketball games this year!!